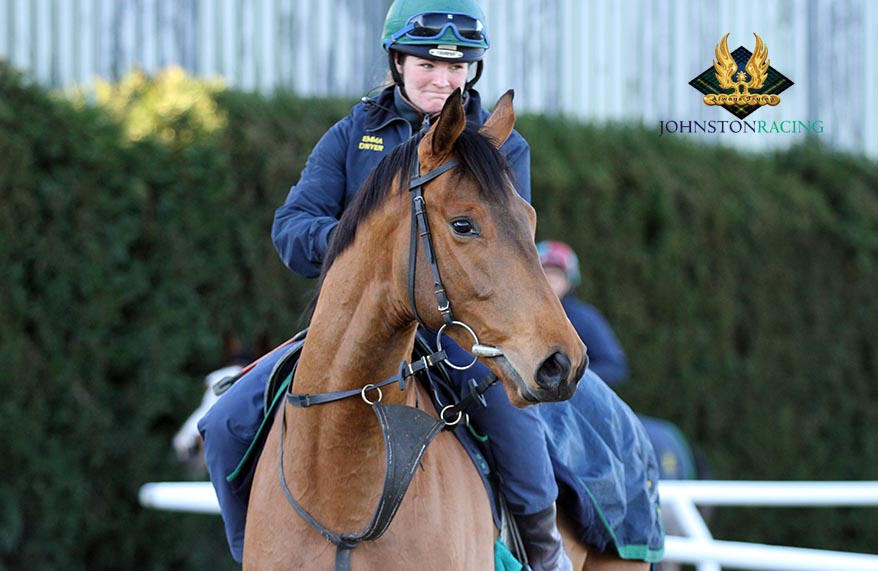 The impressive Xcelente made his track debut under Joe Fanning at Thirsk for owners Jane Newett and Dougie Livingston. The Exceed And Excel colt took the lead a furlong from home, in the five-furlong maiden, to win by two lengths.
King’s Advice gave the team a double at the track when he succeeded in the 12-furlong handicap, also with Joe aboard. Saeed Jaber’s five-year-old horse by Frankel tracked the leader until two from the post. Joe asked for an effort and King’s Advice responded well. King’s Advice won by just a neck under 9-7, beating Starcaster who was carrying 8-9. This was King’s Advice’s four wins for the team from four runs to date.