The history of  Johnston Racing

Uniquely, he has trained more than 100 British winners for 29 consecutive seasons, achieving success in British and Irish Classics and in numerous Group One races.

Born in Scotland in 1959, he became interested in racing through his father’s ownership of horses. At 14 he knew he was destined to become a trainer, but decided to study first as a vet and after qualifying worked in veterinary practice for three years.

Mark married his childhood sweetheart, Deirdre (now assistant trainer) in 1985 and the following year bought his first training yard, in Lincolnshire. Granted a trainer’s licence in 1987, he sent out his first winner, Hinari Video, that summer.

He moved to Middleham in 1988, buying the Kingsley House yard to begin an astonishing success story that has now extended to two further yards, creating a major complex covering 300 acres. His first century of winners came in 1994. He has won the 1,000 and 2,000 Guineas, the Irish 1,000 Guineas, the Irish St Leger, the Ascot Gold Cup (three times) and the Goodwood Cup (five times). His finest horses include Mister Baileys, Shamardal, Attraction, Lumiere, The Last Lion and Double Trigger. He and Deirdre have two sons, Charlie and Angus.

By the end of 2021, when Mark joined forces with son, Charlie, in a training partnership, Mark had amassed a record-breaking 4,874 British winners in all; 4,869 of those wins came in Flat races, while he also trained five winners under National Hunt rules.

Born on October 4, 1990, Charlie Johnston is the elder son of Mark and Deirdre Johnston. Charlie grew up in Middleham and was fascinated by horses and all aspects of his father’s training business. 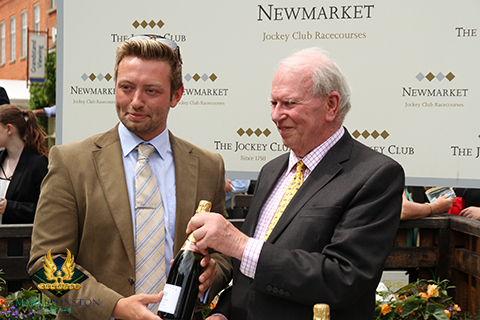 From an early age, he rode out with the string and soon became determined to follow in his father’s footsteps as a trainer. Like Mark, he studied Veterinary Medicine at the University of Glasgow.

A student of form and of pedigrees, Charlie began working fulltime with Johnston Racing in 2016, though even before then he was a valued member of the Johnston Racing sales team. Indeed, it was Charlie who acquired the Goup 3 winner Rose of Kildare for just €3,000 in September 2018.

Since then, Charlie’s responsibilities within the yard have included preparing the daily work list, booking jockeys, planning gallops and representing the stable on the racecourse; in discharging these tasks, and others, he has demonstrated his worth to the yard and, after completing the required BHA modules, he gained his licence and began training with Mark under a training partnership on January 1, 2022.

When he has time to pursue any hobbies outside racing, Charlie enjoys playing rugby for Wensleydale RFC and supporting the Scotland Rugby Union team.

If you’re interested in becoming an owner at Johnston Racing, or have any further questions, please contact us by following the button or calling us on +44 (0) 1969 622 237.