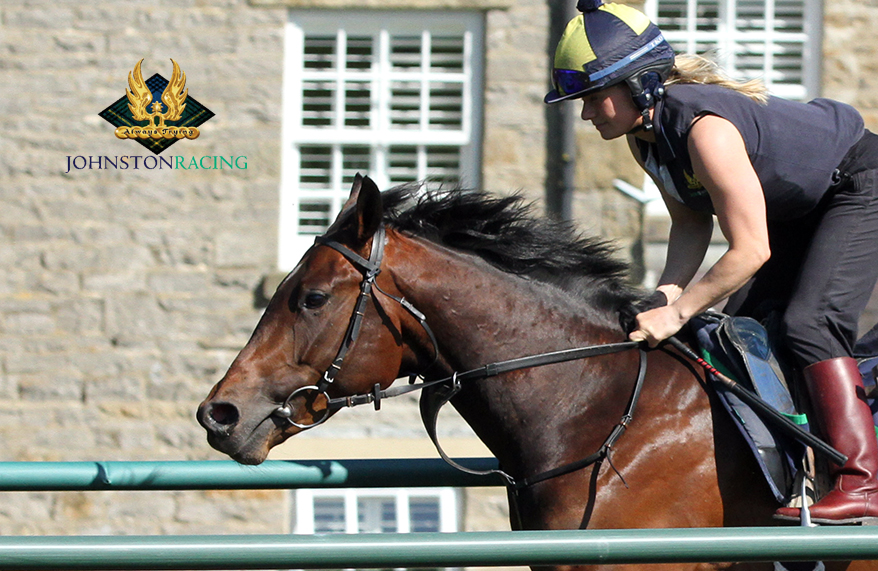 Last year’s January campaign for Johnston Racing yielded six winners, and we equalled that mark on January 25 when Axel Jacklin (pictured above under Emma Bedford) won at Lingfield.

The race itself was not without incident. Peters Pudding, drawn widest of all, made a bold bid for the lead and as the field tightened up on the first bend Pleasant Gesture stumbled and unseated her rider, Aaron Mackay.

Fortunately, Axel Jacklin avoided the difficulty and was soon racing on the shoulder of the leader. Sent for home by Adam Kirby entering the final bend, he raced a little wide into the straight but kept on well enough to score by a length and three-quarters and two and a half lengths from the apprentice-ridden pair, Elieden and Grandstand, respectively.

After the race, Axel Jacklin was claimed by Paul Howling for £10,000.