We’re all cheering for Sophy! 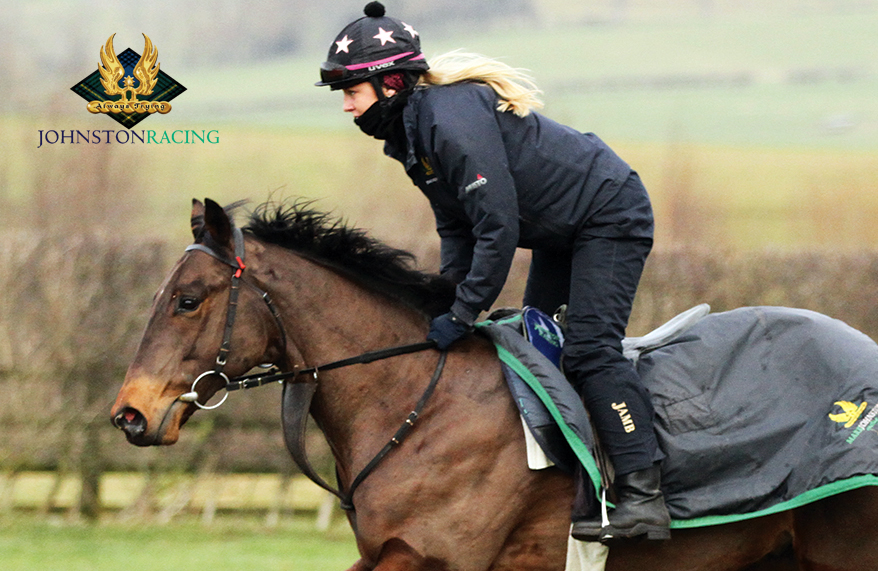 Sophy Scott, who is the youngest Yard Manager to be appointed at Johnston Racing, has made it through to the finals of this year’s Godolphin Stud and Stable Staff Awards.

Sophy, 19, is one of three contenders for the David Nicholson Newcomer Award, which is open to all stud and stable staff who have been employed in the industry for less than three years. The award recognises those who exhibit an excellent work ethic and team spirit; who have shown a willingness to help and a desire to learn; and who have made a positive impact on their place of work since their arrival.

The finalists in each of the six award categories will be interviewed by the judging panel ahead of the Godolphin awards ceremony, to be held at the Jumeirah Carlton Towers Hotel in London’s Knightsbridge on February 18.

Sophy won the British Racing School’s Twelve Club Award as the school’s leading female graduate of 2017 and has quickly made herself a vital cog in the staff machine at Kingsley Park.

“She has risen from zero to Yard Manager in record time, and is our youngest-ever member of staff to hold that role,” said Mark.

“She has made a major impact in the yard.”

In addition to the prestige tied in with winning the award itself, the David Nicholson Newcomer Award carries with it a first prize of £2,000, with a similar amount going to the winner’s stable, and a five-day educational tour of Dubai, including accommodation in a luxury hotel.