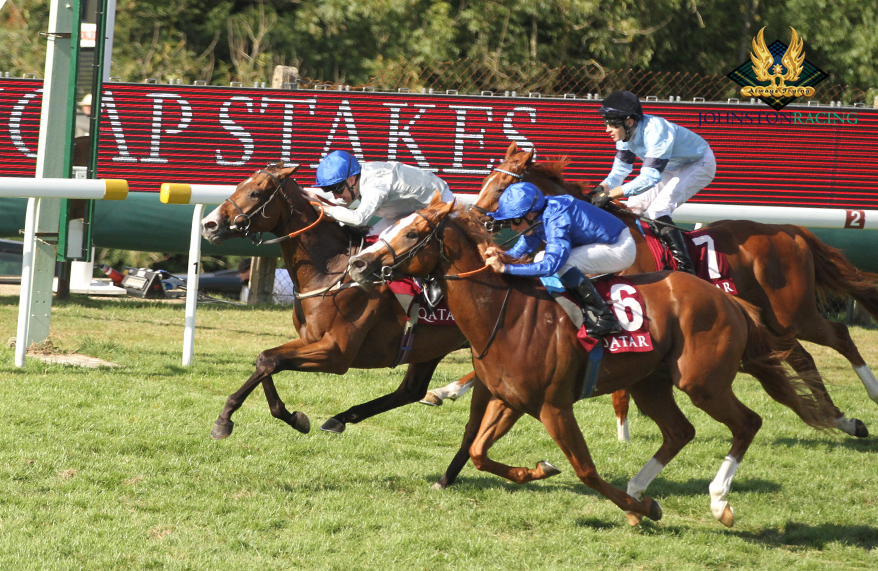 Sheikh Hamdan bin Mohammed’s Vale Of Kent triumphed by a nose, under Joe Fanning, in the Qatar Handicap, run over seven furlongs at Glorious Goodwood. The son of Kodiac had to fight a real battle to deny William Buick and the well-named On The Warpath the win.
Vale Of Kent was the team’s fourth winner of the week and gave Mark the title of top trainer at the Glorious meeting for the 12th time.
The team also scored at Chelmsford for the same owner. Branscombe and Franny Norton took the mile handicap by half a length. Branscombe, a gelded son of Invincible Spirit, has now won three times and been placed six times.

Picture: Vale Of Kent, far side, wins the Qatar Handicap under Joe Fanning at Glorious Goodwood