Two from two for Ferrari Queen 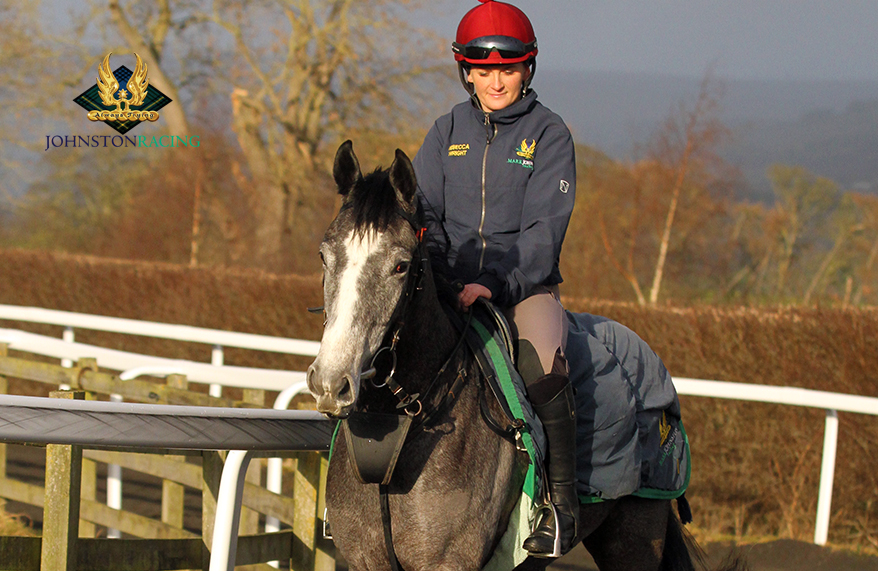 An impressive winner at Doncaster on debut in June, Ferrari Queen (pictured above under Becky Wright) maintained her unbeaten record when landing a seven furlong novice event at Kempton on August 2.
Jaber Abdullah’s Decorated Knight filly was one of 12 runners who went to post for the Kempton race, and was ridden by Andrea Atzeni. Quickly away from the stalls, Ferrari Queen was sent into the lead and was soon able to cross to the rails.
Travelling strongly at the head of affairs, and pursued principally by Bingley Crocker in the early stages, Ferrari Queen was always in control and kept on strongly to win by two and three-quarter lengths from Congresbury. Bingley Crocker held on for third, a further length and a quarter back in third.
Ferrari Queen is the 14th of 15 foals, and the seventh winner, out of her dam, the Danehill mare, Katch Me Katie, who is herself a half-sister of the Musidora Stakes winner, Kalypso Katie. She is also a half-sister to Nearly Caught, who won the Group 2 Prix Kergorlay at Deauville and finished third in the Group 1 Prix du Cadran, and to Pale Mimosa, the Group 2 Lonsdale Cup winner in 2014 who also finished third in the Cadran.
The filly, whose entries include the Group 2 Rockfel Stakes and the Group 1 Fillies’ Mile, looks another bargain buy for Mark and Charlie as she was snapped up for just €18,000 at Goffs Orby Yearling Sale last September.