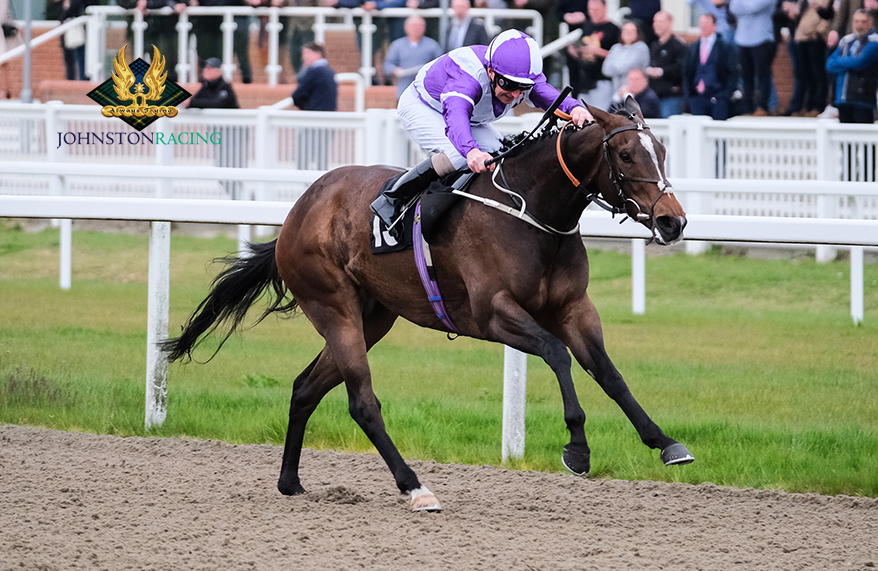 Tippy Toes made a perfect start to her 2022 campaign when landing the Listed Chelmer Fillies’ Stakes at Chelmsford City on April 28. Not only did Colin Bryce’s Havana Gold filly win on her first attempt in stakes company, but she also completed a hat-trick of wins, all notched up at the Great Leighs track.

The Chelmer Fillies’ Stakes is a relatively new event, having been introduced after a meeting of the European Pattern Committee in January 2019. Due to the outbreak of the coronavirus epidemic, there was no race in 2020 so this year’s renewal was just the third running of the race.

Tippy Toes ended her 2021 campaign in style, with two wins in novice company at Chelmsford confirming her obvious liking for the track’s Polytrack surface.

The race attracted a field of twelve fillies, no doubt attracted by the decent prize-money on offer, with the race worth just under £50,000 to the winner. Symphony Perfect, who won the Listed Bosra Sham Fillies’ Stakes at Newmarket at the end of October, and the recent Kempton winner, Designer, were just two of the rivals facing Tippy Toes. Joe Fanning had the ride on Tippy Toes, who was comparatively well drawn, three off the rail.

Sadmah made good use of her inside draw to make the running, with Fast Response crossing from her outside stall to contest the lead. Tippy Toes raced in third for Joe Fanning and seemed to be travelling strongly throughout.

Turning for home, Tippy Toes forged into the lead and opened up a gap on her rivals as Symphony Perfect moved into second place. Edging over to the rail, Tippy Toes kept on well to score by a length and a quarter from Symphony Perfect, who just held the late run of Morag McCullagh by half a length.

Tippy Toes is out of the Oasis Dream mare, Mullein, whose five career wins included the Listed Flying Fillies Stakes at Pontefract. She also finished third in the Group 2 Diadem Stakes at Ascot. Tippy Toes is a half-sister to the Group 3 Darley Stakes runner-up, Carry On Deryck, the prolific Tarboosh, whose 12 wins included the Listed Scarborough Stakes, and the Group 2 Beresford Stakes runner-up, Monaasib.

Owner Colin Bryce will be delighted that his filly has achieved a black type win so early in her career, and, given her record at Chelmsford City, could be forgiven for scouring the programme book for further opportunities for Tippy Toes at the Essex track.