Six winners up and down the country! 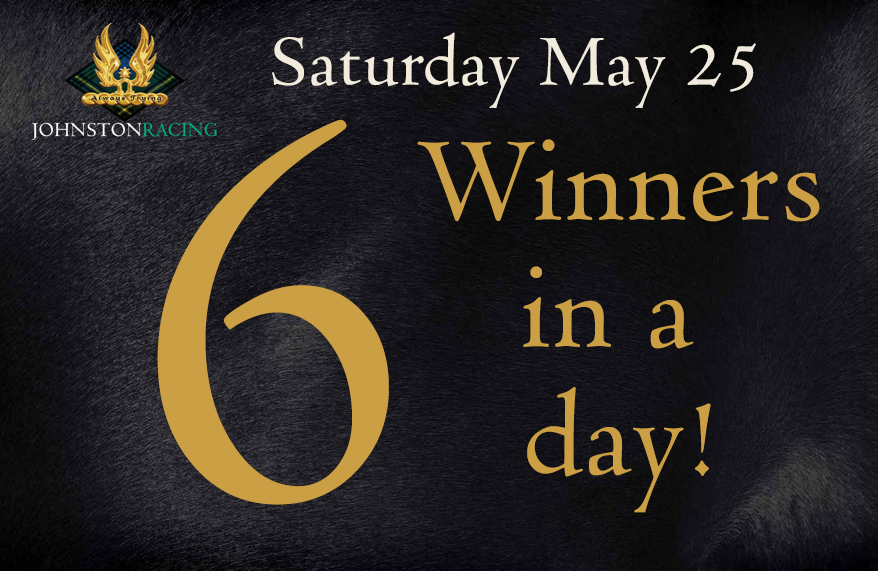 What a Saturday! The team scored six times and also sent out three who finished second and four to be third.
The prolific afternoon started strongly courtesy of Elarqam at Goodwood. The impressive son of Frankel and Attraction, owned by Hamdan Al Maktoum, won the 10-furlong Listed race by two and a half lengths. This was to be the first leg of a Goodwood double as Saeed Jaber’s King’s Advice won the class 2 14-furlong handicap under Joe Fanning later in the afternoon. The five-year-old son of Frankel has won all his six starts since his transfer to Johnston Racing.
The second winner of day came from the Knavesmire. Jason Hart partnered Sheikh Hamdan bin Mohammed’s Cardsharp in the seven-furlong class 2 handicap to win by two and a quarter lengths. Cardsharp is a four-year-old son of Lonhro who has seven wins to his name to date and has earned more than £260,000.
At Haydock, Mr Leung’s Lucky Deal looked in trouble from the off in the two-mile handicap. Franny Norton did not give up on his mount and worked his way up to the lead in the final four furlongs of the class 2. Lucky Deal delivered a five-length victory. Later in the day, Paul Dean’s Sir Ron Priestley grabbed the 12-furlong handicap by three and three quarter lengths under Franny Norton. The three-year-old son of Australia has won two of his four career starts.
At Chester, Sheikh Hamdan bin Mohammed’s Slade Power filly, Raffle Prize, made good use of some racecourse experience, earlier this month, by taking the six-furlong maiden (a plus 10 race) by five lengths under Silvestre de Sousa.
Congratulations to all involved!