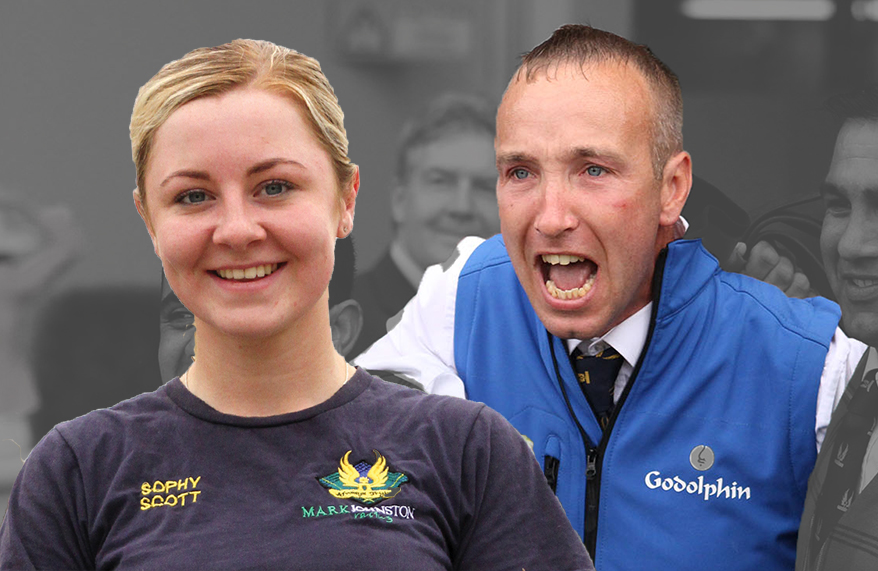 On December 12, news came through that two members of our dedicated staff team have been shortlisted for awards as part of the 2019 Godolphin Stud and Stable Staff Awards.

From a total of 202 nominations received, the Judging Panel have produced shortlists of 10 candidates in each of six categories. The process will now begin of whittling those candidates down to three finalists in each category, and, if lucky enough to be included in the finalists, candidates will be invited to the Jumeirah Carlton Hotel in London’s Knightsbridge on February 18 for interview in advance of the awards ceremony that evening.

Sophy Scott has been shortlisted for the David Nicholson Newcomer Award. Sophy, who hails from Hamilton in Scotland, was in the news last year as she was the winner of the British Racing School’s Twelve Club Award as the school’s leading female graduate of 2017. She has quickly made herself a vital cog in our staff machine at Kingsley Park and richly deserves this recognition.

“Sophy has risen from zero to Assistant Yard Manager in record time,” Mark told the Klarion, “and is our youngest ever member of staff to hold that role.”

Thrilled and proud to have been nominated, Sophy is counting her blessings. “The nomination has highlighted to me how lucky I am to be the youngest Assistant Yard Manager at one of the leading racing yards in the UK,” sophy said. “The nomination is a great encouragement for stable staff, and I hope to be a role model for other young people in their first jobs after leaving racing school, showing just how much you can achieve in a short space of time!”

The David Nicholson Newcomer Award carries with it a first prize of £2,000, with a similar amount due to the winner’s stable, and a five-day educational tour of Dubai.

In the Rider/Groom category, Patrick ‘Paddy’ Trainor has once again been shortlisted for the award. Paddy is a hugely popular character not just at Kingsley Park but within racing as a whole, and he simply exudes enthusiasm for Johnston Racing and the horses in his care at racecourses the length and breadth of Britain.

Married to Sam and with one daughter, pony-mad Shannon, Paddy is delighted to have been shortlisted for the award. “It means a lot to me to be nominated,” Paddy told the Klarion, “and I’m thrilled to have made the final 10.”

The winner of the Rider/Groom category will win a prize of £5,000, with a similar amount being paid to his or her stable, and will also go forward, with the winners of the Leadership, Dedication To Racing and Stud Staff awards, for consideration as the Employee of the Year, the main award of the competition.

The awards are sponsored by Godolphin, who will provide prize-money in excess of £120,000, and run by the British Horseracing Authority in conjunction with the Racing Post.

Everyone at Kingsley Park is right behind Paddy and Sophy and we’re keeping fingers crossed that they both make the final three!