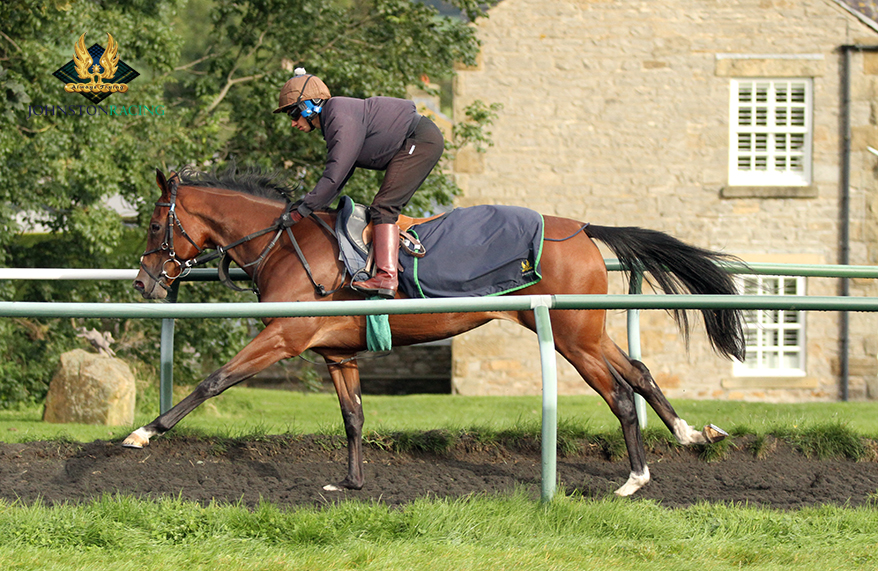 At the second time of asking, Queen Gamrah opened her winning account on October 30 at Kempton in a fillies’ novice auction event.
Jaber Abdullah’s Toronado filly, a May foal, made her debut at Newmarket on October 23, and showed lots of promise in finishing sixth of the 20 runners over seven furlongs.
Stepped up to a mile at Kempton, Queen Gamrah faced 12 rivals and was ridden by Joe Fanning. The early running was made by the favourite, Youneverletmedown, while Queen Gamrah raced in midfield. Joe Fanning asked the filly to make some headway, and as the field entered the home bend, Queen Gamrah held second position.
Pushed along to take the lead a furlong from home, the filly kept on well to score by a length and half a length respectively from Licit and Gonna Dancealot.
Queen Gamrah is out of the Rainbow Quest mare, Rainbow’s Edge. That filly was owned by Her Majesty The Queen, and won over a mile and a half at Haydock as a three-year-old. In the paddocks she has produced several winners, the best to date being Peacock, by Paco Boy, a Listed winner over a mile and a quarter at Newmarket.