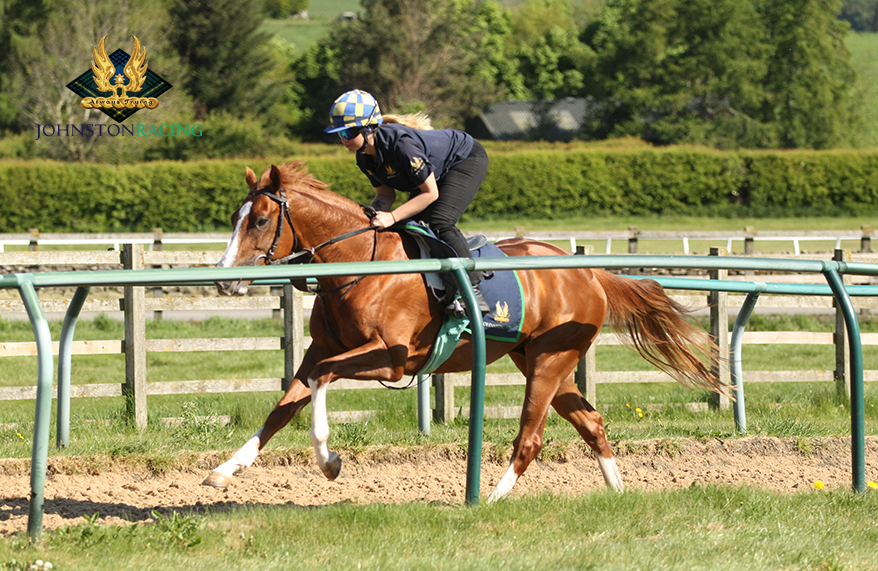 Johnston Racing’s fast start to their April campaigned was maintained when Annandale struck in a 10 furlong handicap at Nottingham on April 7.
Bill Johnstone’s Australia colt had won his final two starts as a juvenile last season, and finished second on his seasonal reappearance at Doncaster on March 28.
Twelve went to post for the handicap at Nottingham, although Miramichi was withdrawn having been upset in the stalls. Franny Norton took the ride on Annandale, who holds an entry in the Derby.
Slowly away from the stalls, Annandale raced in seventh or eighth position, as Ivynator made the early pace here. In the meantime, Encourage was racing freely and the Queen’s Iffraaj gelding pulled his way into the lead after a furlong or so. Annandale was forced to race fairly wide, but made some progress towards the end of the back straight.
In the straight, Encourage still lead but was being challenged by Taravara. At first, Annandale looked a little outpaced, but when Franny asked for his effort, the colt gradually closed on Taravara, the pair drawing clear of the remainder in the final furlong.
In the final strides, Annandale asserted to win by a neck from Taravara, with Currency Exchange finishing four lengths back in third.
With three wins between a mile and ten furlongs, for all the world Annandale raced here as though a longer trip would suit. He is by the 2014 Derby and Irish Derby hero Australia, out of the Sadler’s Wells mare, Fountain of Honour, who herself stayed an extended ten furlongs. His half brother by Zoffany, Three Castles, is a winner over two miles.