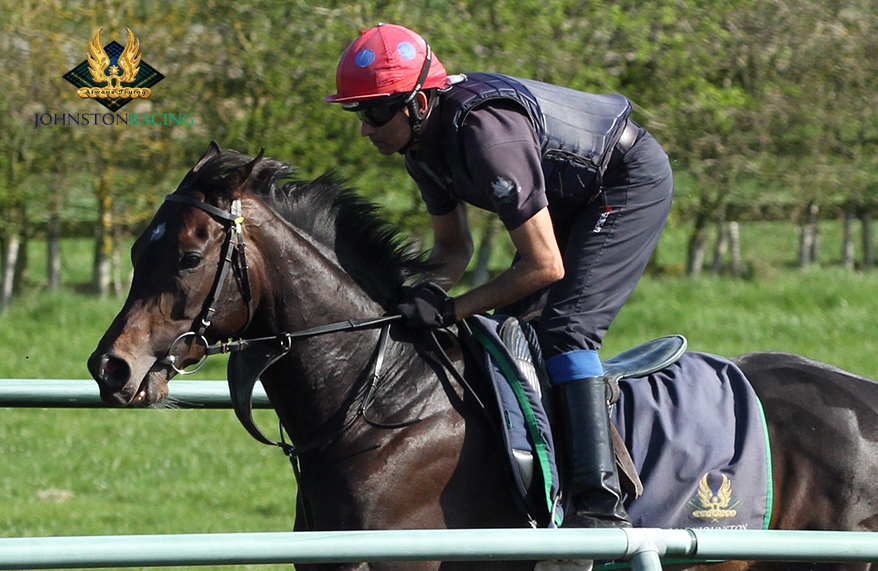 Silvestre de Sousa partnered the two Johnston Racing winners on the Rowley mile. First to score for the team was Baghdad (pictured).  Stablemates Hochfeld and Fire Fighting also lined up in the 12-furlong handicap. Baghdad travelled midfield until two out. Silvestre got to work and progressed to the lead half a furlong from the line. Baghdad kept finding to win by half a length. The four-year-old son of Frankel won the King George V handicap at Royal Ascot last year and now has four wins to his name from seven runs since moving to Johnston Racing in late 2017 for owner Mohammed Bin Hamad Khalifa Al Attiya. Fire Fighting delivered a good run, flying to the finish to be fourth, only a length behind Baghdad.
Nayef Road delivered the double for the team. The 10-furlong handicap attracted five runners, two of which trained by Mark: Nayef Road, owned by Mohamed Obaida,  and Alan Spence’s Fraser Island. Nayef Road proved the strongest of all, taking the prize by five length from his stablemate in second. Nayef Road has raced seven times to date and won three.