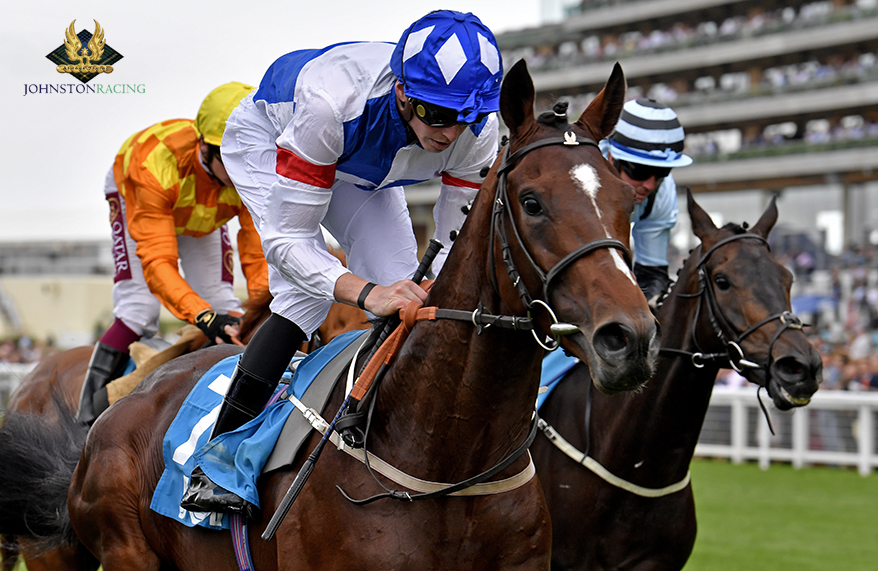 A step up in trip to two miles proved perfect for Themaxwecan (pictured) at Ascot on July 26 when the three-year-old ran out the winner of the Brown Jack Handicap.
Dougie Livingston’s Maxios colt won on his only juvenile start last October and made a successful seasonal debut at Chelmsford in January. Since then, he has raced in decent company, including in the Queen’s Vase at Royal Ascot, without quite managing to get his head in front.
Facing seven rivals at Ascot, Themaxwecan was the only three-year-old in the field and was partnered by James Doyle. Having tracked the leader Crystal King throughout, Themaxwecan took up the running a quarter of a mile from home, and kept on strongly to score by a length and a quarter from Sleeping Lion.
The second winner over two miles of the day was Mondain, who, almost literally, ran away with a Thirsk handicap.
Sheikh Hamdan bin Mohammed’s Dubawi gelding was also stepping up in trip to two miles for the first time, having just lost out to HM The Queen’s Calculation at Haydock last time out. Facing five rivals at Thirsk, Mondain was pushed into the lead by Joe Fanning with a quarter of a mile to run. Soon clear, the Dubawi gelding was eased near the finish by Fanning, but still registered a 10-length win over Remember The Days.
It would be fair to say the handicapper was impressed by this win, as Mondain’s rating soared to 90 from 77 in the wake of this success!