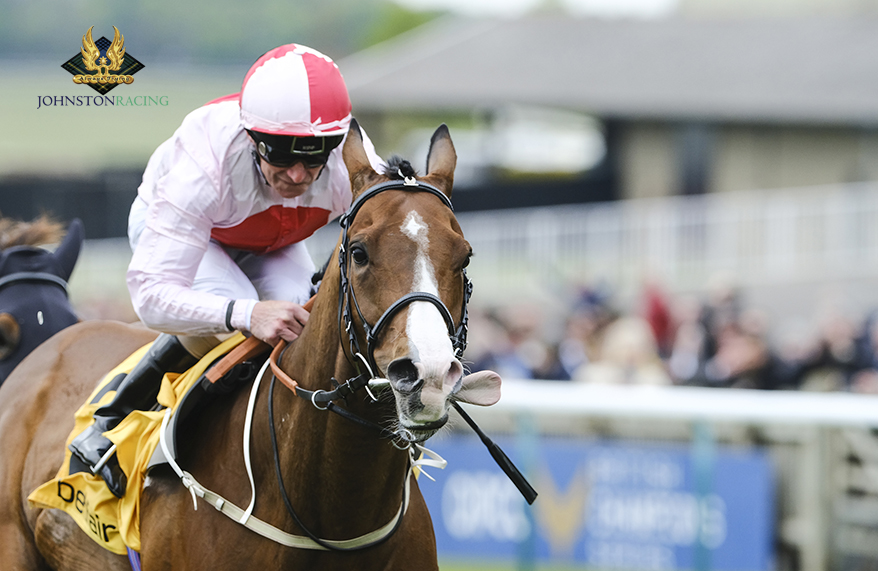 Living Legend, the horse who came back from a serious injury that kept him off the track for more than two years, lived up to his name in spectacular style with two fabulous victories last month..

The six-year-old gelding, owned by Barbara and Alick Richmond, won the middle-distance title at the All-Weather Championships on April 15, picking up a handsome pot of £103,000. And at the end of the month he turned over the red hot, odds-on favourite Yibir to win the Group 2 Jockey Club Stakes at Newmarket, collecting £65,000 for beating the horse which recently won the Breeders’ Cup Turf and was second in the Dubai Sheema Classic.

Living Legend’s latest triumph took his career earnings to almost £270,000  —  not bad for a horse Mark Johnston bought for 22,000 guineas at the Tattersalls Book 2 yearlings sale in October 2017. The Group 2 win was a fifth success in the race for Mark, and his first in partnership with son Charlie.

Successful joint-owner Barbara Richmond was celebrating Group-race glory for the first time. She was interviewed on both ITV Racing and Racing TV, and couldn’t hide her sheer delight.

‘He’s just gone from strength to strength,’ she said.

‘We thought he had ability and then he was injured. But he’s come back and shown even more ability now!’

Mark told the media: “Legend by name, legend by nature, but they say never run away from one horse. As normal I didn’t give any instructions to jockey Joe Fanning, but Barbara gave him a long talking to in which she principally said we weren’t here for a laugh!’

‘Even before this race, Barbara had been looking at how much it was to supplement for the Coronation Cup and she said he’d go there if he won this.’

Mark said the Johnston team had always thought Living Legend was a very good horse, winning three of his first five races. But he suffered a bad injury, bowing a tendon.

‘His owners, Barbara and Alick gave him to us, probably with a view to him being retired. We turned him out in a field, gave him more than two whole years off, and then he came back last year to run under the Johnston Racing banner.

‘When we saw that it looked like he would stay sound, we gave him back to the Richmonds.’

Talking of the injury sustained by the horse Mark stressed the importance of time. ‘They say they’re never the same again but obviously time is the crucial thing and we gave him plenty of it. He was off for 841 days!’ 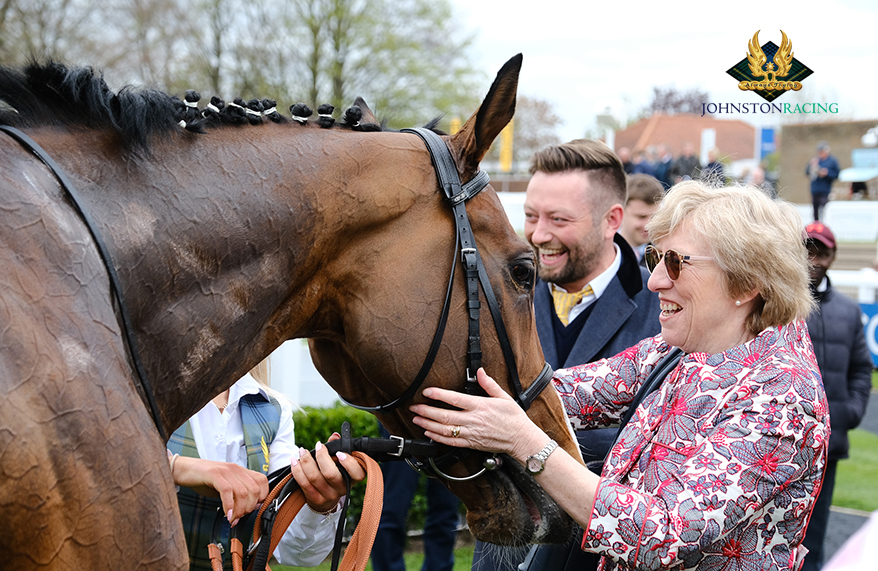 The Jockey Club Stakes, inaugurated in 1894, is a Group 2 race run over a mile and a half of Newmarket’s Rowley Mile course. It has been won by some top-class horses over the years, with such names as Alycidon, St Paddy, Ardross, Unfuwain, Only Royale and Silver Patriarch gracing its Roll of Honour.

Living Legend, by Camelot out of Jazz Girl, was seeking a hat-trick, having won the Listed Magnolia Stakes at Kempton in March and followed up with that hefty prize at the All-Weather championships at Newcastle.

This Group 2, however, was a big step up in class. He was also stepping back up in trip to a mile and a half after having succeeded over 10 furlongs on those two previous outings.

The field of five was dominated by Godolphin’s Yibir, a Dubawi gelding who, after winning the Breeders Cup Turf at Del Mar, had confirmed his well-being by running a neck second in the Group 1 Dubai Sheema Classic at Meydan. He was sent off the 1-4 favourite, while Living Legend was 11/1.

Hollie Doyle sent Outbox into the lead in the early stages, tracked by Living Legend and Joe Fanning. Yibir took a keen hold under William Buick and was held up in the opening stages. Joe sent Living Legend to take up the running with more than a quarter of a mile to race, and although Yibir tried hard to peg him back in the closing stages, the Johnston horse was having none of it.

Living Legend’s win gave Johnston Racing its fifth win in this race. Jukebox Jury led the way in 2010, followed by Universal in 2013, Communique in 2019, and Sir Ron Priestley last year.

In the All-Weather Championships race at Newcastle, Living Legend led the way until challenged by another odds-on favourite, Tyrrhenian Sea, inside the final furlong. The favourite went ahead, but Living Legend dug deep and, with half a furlong still to run, he began to claw back the leader.

Keeping on strongly under a determined Fanning drive, the Camelot gelding got up in the final strides to claim the race by half a length, with Charlesquint a length and a quarter back in third.