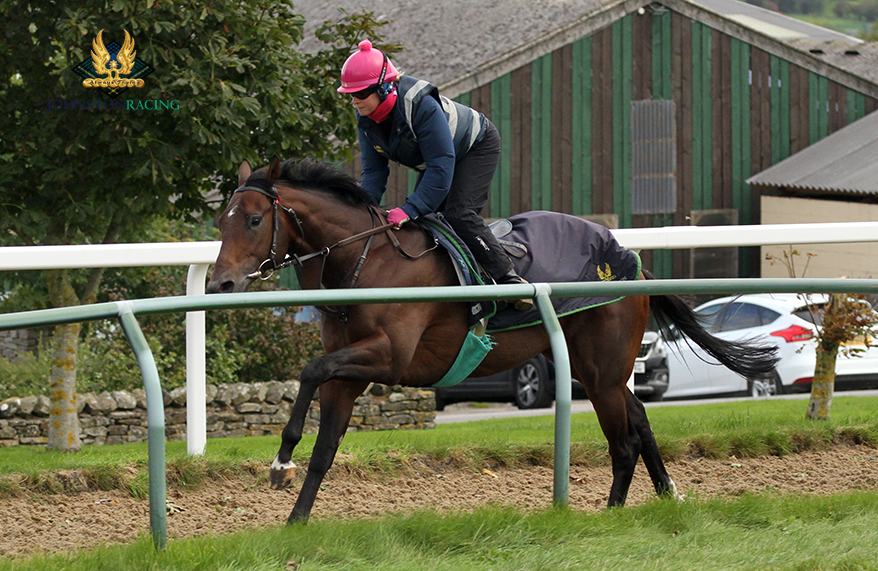 A four-year-old who has made a bright start to the season is Gobi Sunset, an Oasis Dream gelding now owned by Johnston Racing. After a narrow loss at Wolverhampton in the hands of young Jonny Peate on March 29, he was turned out in a seven furlong handicap at Newcastle on Good Friday, for which just five runners went to post.
Despite being hampered slightly on leaving the stalls, Gobi Sunset was sent into an early lead, racing against the stands’ rail for Jonny Peate. In the early stages he was pursued by Gweedore, the pair clear of the three remaining runners.
Sensing a chance to slip his field, the young jockey pushed the gelding into a clear lead of perhaps 10 lengths with two furlongs remaining. Although the field began to close, it soon became apparent that theirs was a thankless task, and Gobi Sunset held on to win by four and a half lengths and one and a quarter lengths respectively from Kapono and Broctune Red.
This was a third career success for Gobi Sunset, who is out of the Shamardal mare, Dark Promise. Gobi Sunset is a half-brother to Dark Magic, by Invincible Spirit, who won fives times between seven furlongs and a mile.
Jonny Peate deserves huge credit for an enterprising and ambitious ride on the gelding.