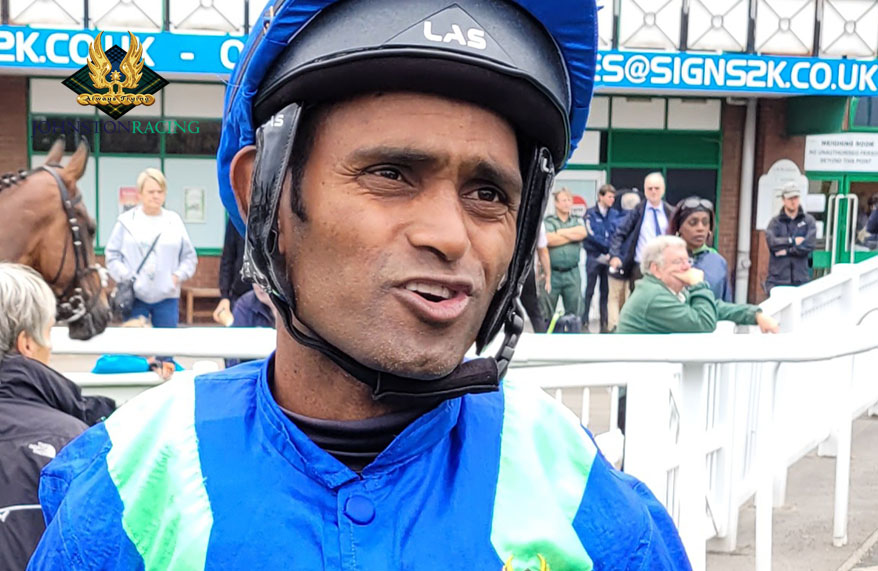 Jilly Cooper, the Lope De Vega filly owned by the Kingsley Park 27 – Ready To Run Partnership, has been the model of consistency this summer. On her last five starts, she has finished second three times and third twice! So it was particularly pleasing that she finally recorded a second career win at Lingfield on August 15, and in great style at that!

The filly faced five rivals in a handicap over seven furlongs of the Surrey track and was ridden, for the second time, by Indian jockey Neeraj Rawal. Although only a small field went to post for the race, Jilly Cooper had the worst of the draw in the outside stall.

On leaving the stalls, Jilly Cooper was tucked in towards the rear of the field while Dazzerling and Kodiac Blue disputed the early lead. Turning for home, Jilly Cooper was travelling well but found herself short of room when the market leader Silks Pass hung left into her path.

Switched to the right for a clear run, Jilly Cooper produced an impressive finishing burst to sweep past her rivals in a matter of strides, and won going away by three and a quarter lengths from Silks Pass, with Kodiac Blue almost three lengths back in third.

Neeraj Rawal was delighted by the filly’s performance which he described as ‘electrifying’. The Indian jockey was candid enough to blame himself for the filly’s defeat at Haydock on her penultimate start, as he made his move too soon, with the filly being outpointed in the closing stages there. There is no question, however, that he timed things just perfectly at Lingfield.

Jilly Cooper is out of the Henrythenavigator mare, Jillnextdoor, who won over the minimum trip as a juvenile for Mick Channon and who was far from disgraced when beaten just over two lengths in the Group 1 Cheveley Park Stakes. The filly’s full brother, Bardo Contiguo, won an Ayr handicap over a mile for Roger Varian before switching to Ireland, where he landed a competitive handicap at Tipperary.

Having produced such a thrilling finishing burst here, Jilly Cooper may well be capable of adding to her winning tally!