It’s in the blood! 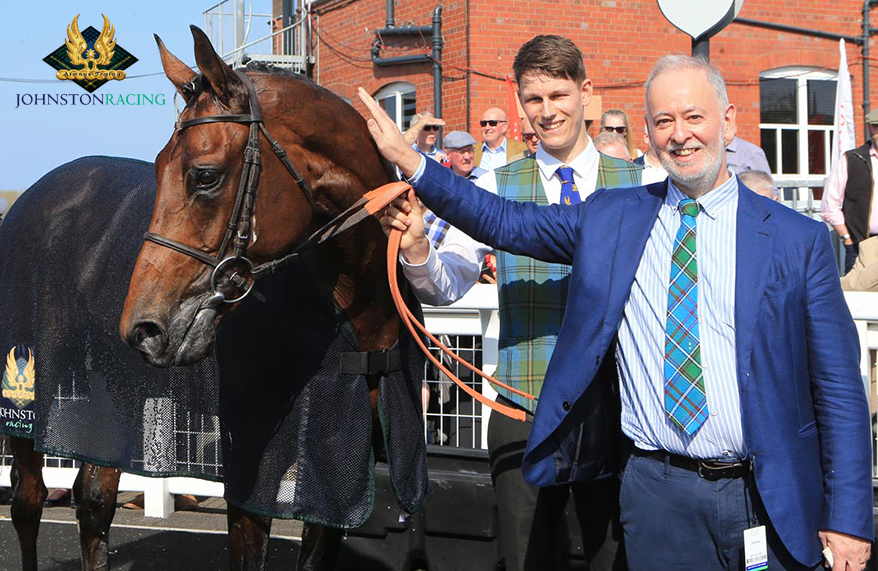 Dr Jim Walker’s Austrian School triumphed at Musselburgh under Joe Fanning. The four-year-old colt, son of Teofilo, is a half-brother to the dual Grand National winner Tiger Roll. Austrian School won the Queen’s Cup Stakes, a heritage handicap for four-year-olds and oloder, which is run over 14 furlongs.
Austrian School and Joe Fanning tracked the leaders for most of the race and progressed to the lead with three frulongs to run. From there, it was a question of how far will they win by? The answer: an incredibly impressive six lengths!
Stable companions Lucky Deal and Making Miracles finished fourth and fifth, both grabing some prize-money as the race rewarded horses down to eighth place.
Congratulations to Dr Jim Walker who was at the track to enjoy this impressive victory.