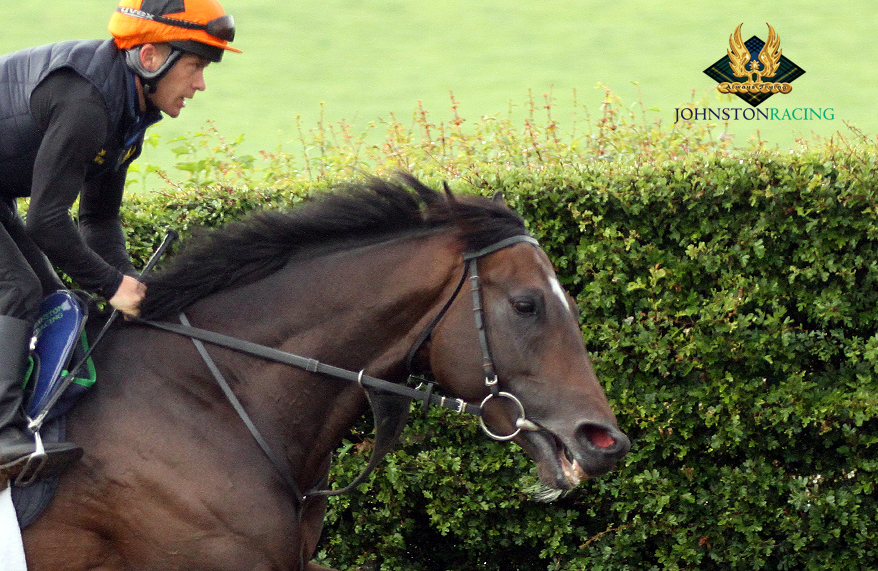 On the July course at Newmarket on July 15, Pons Aelius (pictured above under John O’Donovan) scored a game pillar to post success under a well-judged ride from David Egan.

As has been so often the case this year, the mile and a half handicap failed to attract a large field and it was contested by just five runners. After two decent efforts in defeat at Newcastle and Hamilton, Pons Aelius was dropping down slightly in trip.

Sent into the lead by David Egan, Pons Aelius made the running at a steady pace, followed by Pub Crawl. Asked to up the pace by Egan three furlongs out, Pons Aelius responded well, but as the field fanned out to challenge in the closing stages, Guilin and Lexington Knight looked set to challenge.

Hitting the rising ground, Pons Aelius found more for Egan, keeping on strongly up the hill to score by half a length from Pub Crawl, with Lexington Knight a length and three-quarters back in third.

This was a third win of the year for Pons Aelius, and his first success on turf. A strapping son of Galileo, Pons Aelius is a full-brother of Platinum Warrior, who won the Gallinule Stakes (Group 3) at The Curragh before landing the San Marcos Stakes (Grade 2) at Santa Anita as a four-year-old.