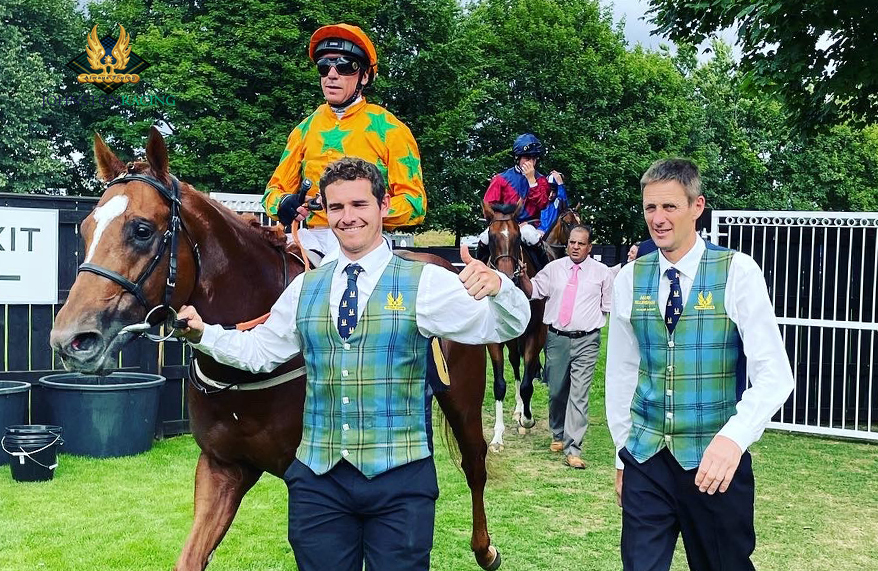 Making a belated seasonal debut, Love De Vega (pictured above) ran out the impressive winner of a seven furlong handicap at Newmarket on July 30.

From the outset, Frankie Dettori asked Love De Vega to make the running as the quintet raced up the centre of the track. Flanked by Ingra Tor and Razzle Dazzle in pursuit, the colt travelled strongly throughout. Although his pursuers tried hard to get on terms, the further they travelled the better Love De Vega went and the colt pulled clear of his rivals on the rising ground. At the post, Love De Vega had won by two and a half lengths from Ingra Tor with Razzle Dazzle half a length back in third.

There is stamina on the dam’s side of Love De Vega’s pedigree as his dam, the once-raced Ribble, is out of the Derby winner, Motivator. Love De Vega stayed on strongly on the rising ground at Newmarket and looks likely to stay further than this seven furlongs.