Group 3 and Listed glory for Nyaleti and Izzy Bizu 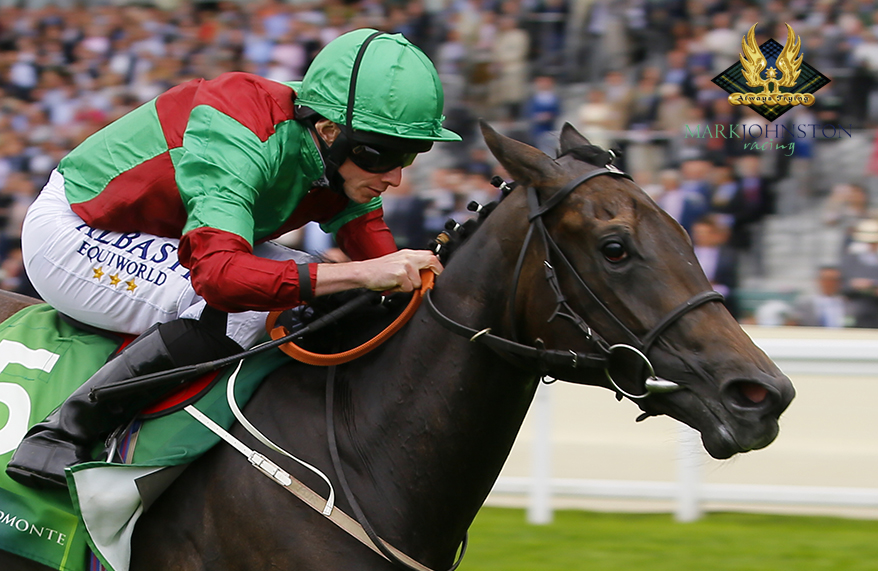 A superb Saturday for the girls!
Izzy Bizu travelled to Deauville in France to dispute the Prix Six Perfections, a Listed race for juvenile fillies over seven furlongs. The Kodiac filly, owned by Lowther Racing and Peter Savill, made all under Ioritz Mendizabal to win by a short neck. Izzy Bizu has had six starts to date, winning four of them.
At a wet Ascot, Nyaleti (pictured above under Ryan Moore), owned by 3 Batterhams and A Reay, lined up in the Group 3 Princess Margaret Stakes alongside stablemate Rebel Assault. Rebel Assault, owned by Christine Budden & Partners, was first out of the stalls, closely followed by Nyaleti. The MJR pair was clear of the rest of the field. Two from home, Nyaleti, ridden by Ryan Moore, took the lead from Rebel Assault and David Probert, who finished fifth. Showing her superiority, the Kingsley Park Arch filly, Nyaleti was never troubled and won by an impressive five lengths.
A Listed win, followed by a Group 3 success in just half-an-hour . . . congratulations to all involved!