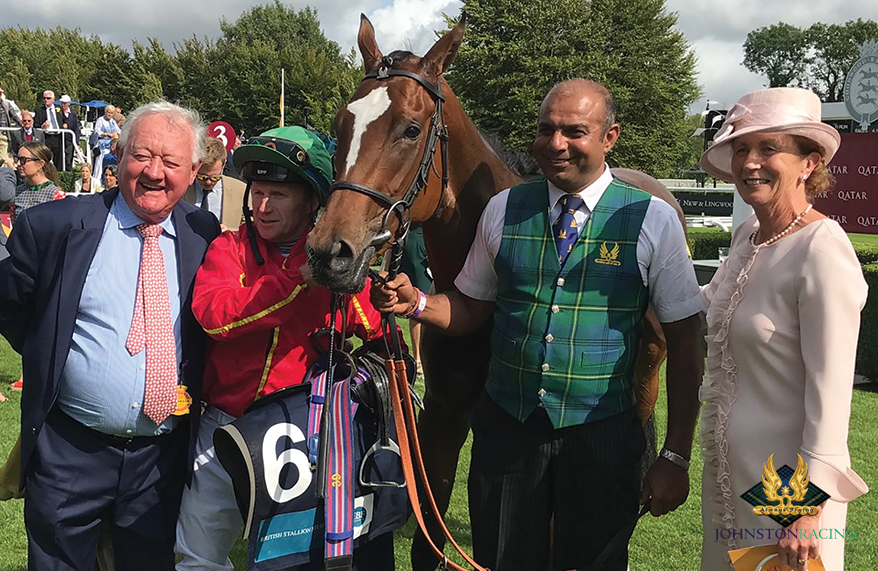 A delicious double at Glorious Goodwood on the last day of July saw Johnston Racing clock up an amazing 50 winners in the month, a new British record.
The yard suffered a bout of “seconditis” on the first day of the meeting, but the following day wins by Sir Ron Priestley and Mrs Bouquet brought up the half-century for the month. And they also meant Mark had equalled Sir Michael Stoute’s record of 80 Glorious Goodwood winners.
The first win came courtesy of Sir Ron Priestley, who battled to success in the mile and a half handicap for three-year-olds. Paul Dean’s Australia colt was one of the yard’s three runners, the others being Mind The Crack, who had previously followed Sir Ron Priestley home at Haydock, and Persian Moon, who was second in Hamilton Park’s Listed Glasgow Stakes.
Franny Norton took the ride on Sir Ron Priestley, while Joe Fanning partnered Mind The Crack and PJ McDonald rode Persian Moon, who made the running, closely followed by Le Don De Vie. Mind The Crack and Sir Ron Priestley were also ridden prominently and Franny nosed ahead with a furlong and a half to run.
Durston then came to challenge him and after a prolonged duel in the final furlong, and with Franny Norton riding for all he was worth, Sir Ron Priestley held on to score by a neck, with Eminence over three lengths away in third.
The prize for the winner was just under £47,000, while Mind The Crack and Persian Moon also finished in the money in fifth and sixth positions respectively.
Sir Ron Priestley has now won four of his five races this term, slipping up only in the King George V Stakes at Royal Ascot. The Australia colt holds an entry in the St Leger, and though he is clearly on the upgrade, it remains to be seen what route connections will map out for him in the coming weeks.
With a scintillating and stylish display, the juvenile filly Mrs Bouquet (pictured above with owners Garrett Freyne, left, and Anna Freyne, right) delivered the yard’s 50th winner of the month when landing the Alice Keppel EBF Fillies’ Conditions Stakes. It was the flying filly’s third win in just three weeks, and her fourth from a total of six runs.
The five-furlong race attracted a quality field of seven fillies, all but one of whom had won at least one race. Ironically, the only maiden, Mighty Spirit, was sent off the favourite on the strength of finishing sixth in Royal Ascot’s Queen Mary Stakes and third in the recent Super Sprint at Newbury.
Garrett Freyne’s Mrs Bouquet, by Toronado out of the Royal Applause mare Riva Royale, was quickly away under Joe Fanning and set the early pace, closely attended by Mighty Spirit and Glamorous Anna.
Travelling strongly throughout, Mrs Bouquet drifted to her right in the closing stages, but did enough to see off the determined challenge of Mighty Spirit by a length, with Flippa The Strippa finishing a further half a length back in third. 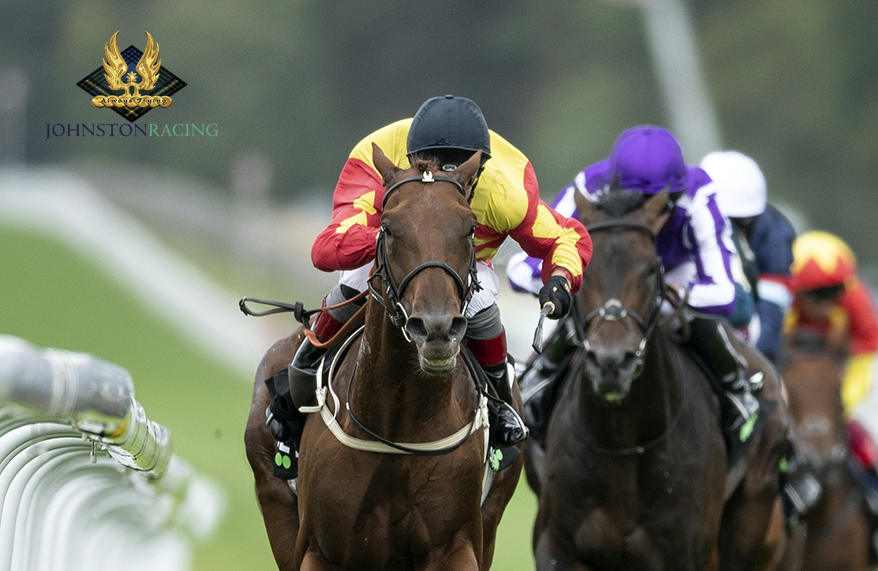