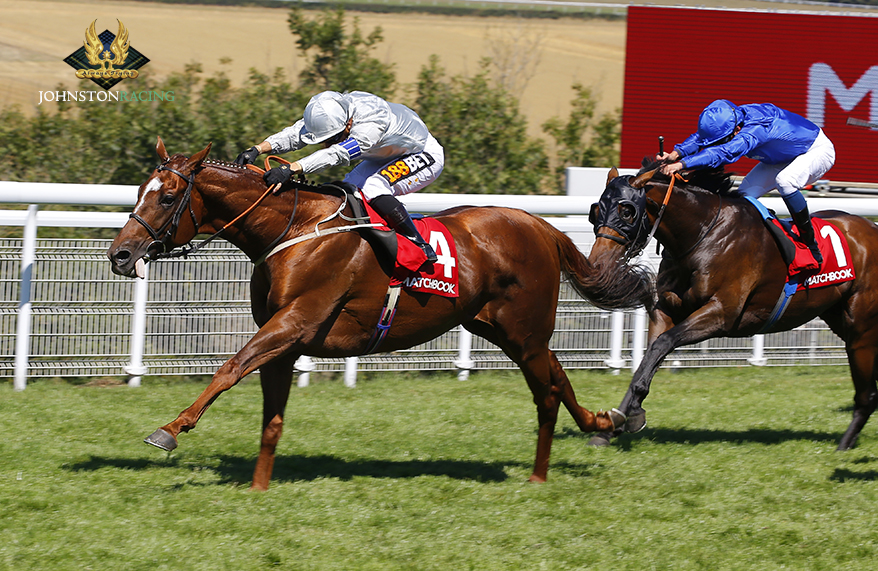 Sheikh Hamdan bin Moahmmed’s Communique, pictured above, lined up at Goodwood in the 10-furlong handicap under Silvestre de Sousa. The three-year-old son of Casamento travelled mid-field until pressed to produced an effort about two from the post. Communique responded readily and kept finding, beating Zaman by one and a half length. Kirsten’s Rausing’s Accordance won the the seven-furlong maiden to give the team a Glorious double on the day. Accordance and Franny Norton chased the leader from the off, getting upsides with three to go. Franny got his mount into the lead two from home. Accordance kept on well to win by three quarters of a length, ahead of Rux Power. Accordance is by Archipenko who stands at Miss Rausing’s Lanwades Stud in Moulton.
The double became a treble when Sheikh Hamdan bin Mohammed’s Royal Big Night delivered a gutsy performance at Epsom under Franny Norton. The son of Distorted Humor tracked the leaders but was asked to progress two out. Franny kept on and drove Royal Big Night to the line strongly to grab the race by just a nose.
Congratulations to all involved.