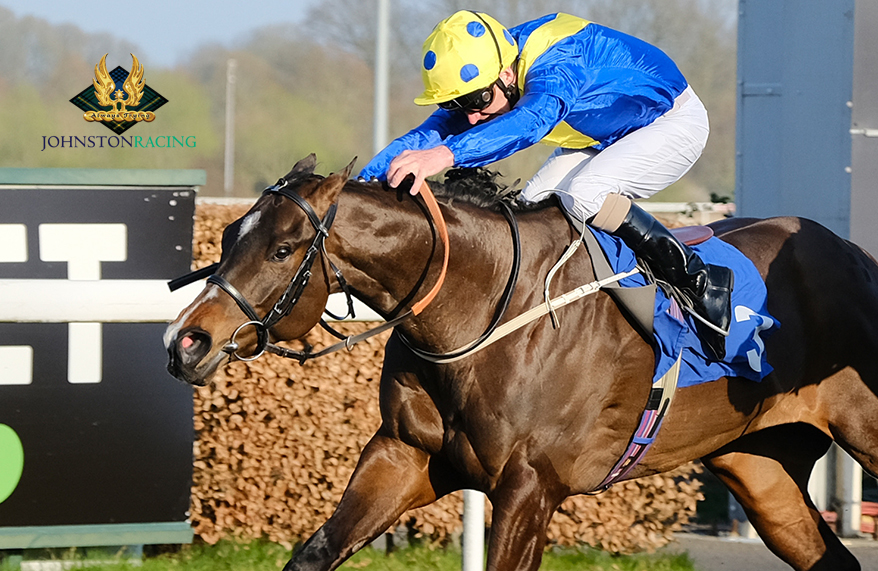 After a frustrating period for the yard, with runners and winners thin on the ground, the stable hit form with a vengeance when recording an across-the-card four-timer at Kempton Park and Wolverhampton on March 2022.

Joe Fanning was at Kempton Park to partner the yard’s runners there, while Franny Norton was booked to ride two of the stable’s horses at Wolverhampton.

First into action was Barbara and Alick Richmond’s Living Legend in Kempton Park’s Magnolia Stakes. It made a great start to the day when the Camelot gelding won, by the narrowest of margins, this Listed contest worth almost £30,000 to the winner (story on our main news page).

Later on the Kempton card, Saeed Suhail’s three-year-old gelding My Dubawi (pictured above) was looking to return to winning ways after just failing to land a hat-trick last time out at Southwell. The son of Dubawi faced eight rivals in a handicap over seven furlongs, for which the hat-trick seeking War In Heaven looked a serious danger. Notwithstanding that Southwell defeat, My Dubawi’s rating rose by two pounds for this Kempton race.

My Dubawi was quickly away from the stalls under Joe Fanning, and Joe was able to switch him on to the rails as the field came to the first bend. Travelling sweetly at the head of affairs, My Dubawi quickened well inside the final two furlongs and opened up a gap on his field.

As Way To Win and War In Heaven tried hard to finish with a rattle on the outside, Lord Vader made a move on the inner, but none of them could quite reach My Dubawi, who scored cosily enough by a neck from Lord Vader.

This was a third career win for My Dubawi, whose dam, Cape Dollar, won the Group 2 Rockfel Stakes at Newmarket for his owner in 2012. Clearly on the upgrade, it will be interesting to see if he can transfer his excellent recent all-weather form to a turf surface.

At Wolverhampton, Gangway made his seasonal debut as a three-year-old, having been gelded over the winter. Now running in the colours of KP 27 – Ready To Run, the Gleneagles gelding faced six rivals in a handicap over nine and a half furlongs, and was ridden by Franny Norton. 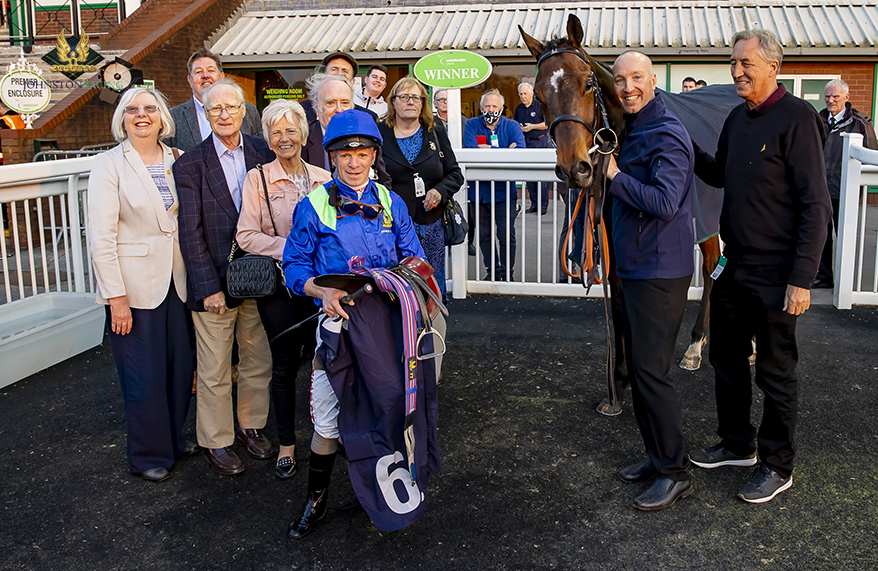 Franny Norton and groom Paddy Trainor with Gangway and connections

The step up in trip seemed to suit Gangway. Sent straight to the head of affairs by Franny, the gelding was able to dictate the pace and was always firmly in control of the race. Clear with more than a furlong still to run, Gangway hung towards the rail in the closing stages, but kept on to score a comfortable win from the favourite, Eight of Diamonds.

Gangway is out of the Dylan Thomas mare, An Saincheann, whose sole win came at Gowran Park, where she slammed a field of maidens to win by a remarkable 13 lengths! Listed-placed, she stayed 10 furlongs well and it may be that Gangway can perform well at that distance in due course.

Another horse to enjoy a step up in trip was the final winner of the foursome, Susan and John Waterworth’s Pons Aelius. Having his first outing since the beginning of October, and making his handicap debut, the three-year-old Galileo colt faced eight rivals in a mile and a half handicap, ridden by Franny Norton.

As Vaynor was sent into the early lead by Ben Curtis, Franny shrewdly manoeuvred the colt on to the rail to save ground. Turning for home, Vaynor was still two lengths clear of his field, but Franny produced Pons Aelius on the outside of that rival and drew level passing the furlong marker.

Keeping on strongly, Pons Aelius strode clear to score by one and three-quarter lengths from Myriad, with Foreshadow a length back in third.

Pons Aelius is out of the Clodovil mare, Laugh Out Loud, and is a full-brother of Platinum Warrior, who won the Gallinule Stakes (Group 3) at the Curragh (defeating Latrobe off level weights) before crossing the pond to land the Grade 2 San Marcos Stakes at Santa Anita.

This was a thoroughly promising run and it will be interesting to see how this well-bred colt progresses.

Four good winners, then, and confirmation that the ‘Old Firm’ of Fanning and Norton are as good as ever as the new turf season gets underway!