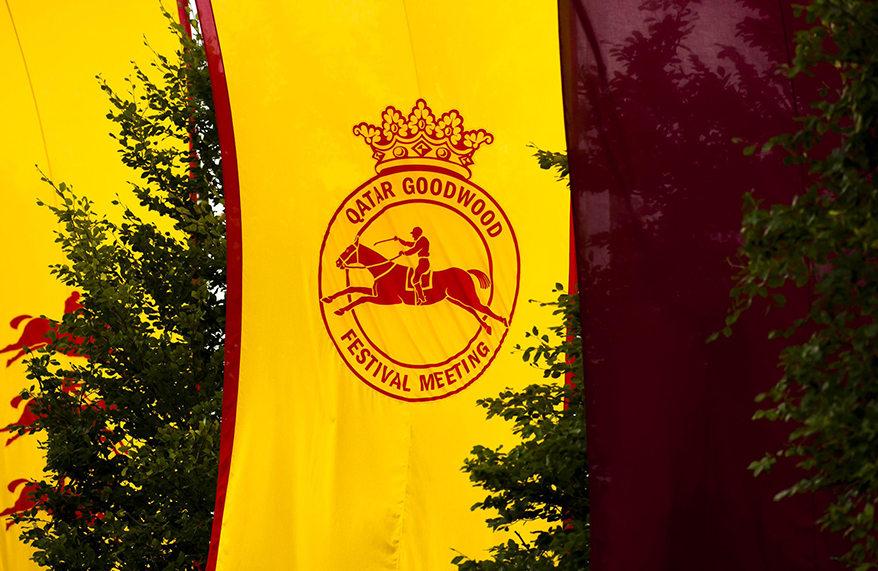 Owned by Sheikh Hamdan bin Mohammed, the four-year-old Forest Falcon (pictured) was an impressive winner of the Zetland Gold Cup at Redcar at the beginning of June. Raised 6lb for that success, Forest Falcon didn’t quite hit top form at Sandown at the start of July and disappointed slightly in the John Smith’s Cup at York on July 9. However, connections, and particularly Charlie Johnston, were confident that the track, and likely conditions, at Goodwood would suit the Raven’s Pass gelding down to the ground.

An impressive field of 18 went to post at Goodwood, with Legend of Dubai heading the market. Frankie Dettori took the ride on Forest Falcon, who was joined in the race by stablemate West End Charmer. Both Johnston-trained horses were drawn high.

On exiting the stalls, Frankie Dettori kept Forest Falcon notably wide of the remainder of the field but the gelding was soon racing in a prominent position. As Palavecino led the field into the straight, Forest Falcon was racing in second position with West End Charmer travelling strongly a few lengths behind.

Sent into the lead by Dettori with two furlongs to run, Forest Falcon went clear of the field in the final furlong, allowing his rider to ease him down in the closing strides. The gelding scored by a length and three-quarters from Brilliant Light, with Moktasaab half a length back in third. West End Charmer ran well, beaten just six lengths by the winner.

The team were delighted to have struck so early in the meeting. ‘It is good to get off the mark with our first runner,’ a delighted Mark Johnston told the Klarion. ‘It is very much Charlie’s doing. He earmarked this race for this horse at the beginning of the season and said all along that this would be his D-Day. Forest Falcon couldn’t have won it more easily.’

‘I said to a good friend of mine, Steve Croft, on April 16, the day Forest Falcon first ran this year, that he would win the first race at Glorious Goodwood because he is just tailor-made for it,’ confessed Charlie Johnston. ‘A mile and a quarter on an easy track and on fast ground. I started to doubt myself a little bit when he disappointed in the John Smith’s Cup, but I always though this was D-Day for this horse.’

The win also brought up a significant milestone for jockey Dettori, as this was his 75th winner at Glorious Goodwood. ‘Mark and Charlie Johnston are so good at Goodwood,’ he told the Klarion. ‘I never look at the price of their horses as I know that if you are on one of theirs, you have every chance. Forest Falcon never looked like getting beat.

The Raven’s Pass gelding, who has now won five times in all, became Johnston Racing’s 89th winner at the Festival meeting when easing to this valuable win.