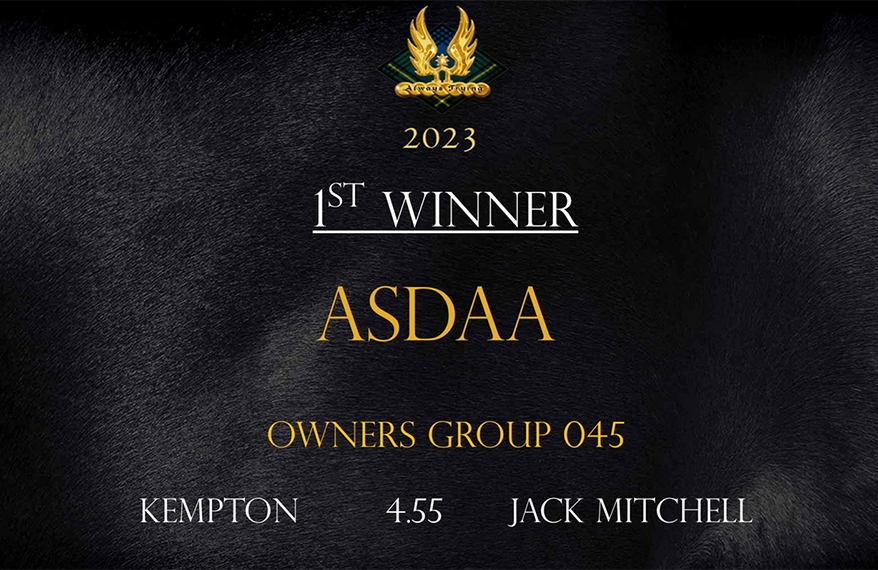 Charlie Johnston lost no time in securing his first winner as the sole licence holder at Kingsley Park, when Asdaa powered to success in a Kempton handicap on January 4.

Now a seven-year-old, the Dutch Art gelding, owned by Owners Group 045, was just our second runner of the year and was seeking to build on his pillar to post win at Newcastle on December 28.

Raised 4lb for that Gosforth Park success, Asdaa was one of 11 runners who went to post for the first division of the mile handicap at Kempton. Jack Mitchell took the ride. Asdaa was slowly away and raced in mid-division as Bond Boy was sent to the head of affairs from his wide draw.

The gelding began to make headway from four furlongs out and came to challenge Bond Boy entering the final furlong. Staying on strongly, Asdaa pulled clear to score by two lengths from Hopeman Harbour, with Haseef just outpointing Bond Boy for third.

This was Asdaa’s eighth career success, and his first win in seven starts at Kempton. Jack Mitchell was impressed by his mount. ‘He was a little bit sluggish away,’ he said, ‘but made smooth progress to get there and did it well.’