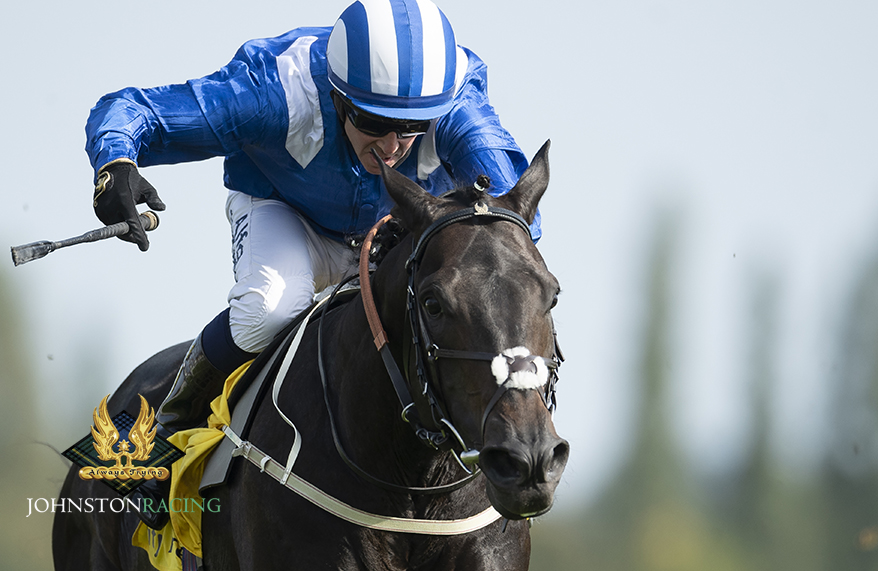 After failing to show his true ability in the Hardwicke Stakes at Royal Ascot and the York Stakes on the Knavesmire this summer, Elarqam returned to form when notching a third Group race success at Newbury on September 19 in the Dubai Duty Free Legacy Cup Stakes.

Hamdan al Maktoum’s beautifully bred colt is now a five-year-old, and the son of Frankel appeared poised for a successful campaign this term with an exciting, and, arguably, unlucky Group 1 effort when third in last autumn’s Juddmonte International at York. He started off his year well, finishing a close second to the fast-improving Lord North at Newcastle.

The soft ground at Royal Ascot may have accounted for Elarqam’s display in the Hardwicke, and it won’t have helped that he lost a shoe during the race, but his York display was disappointing given he had won the 2019 renewal of the race in grand style.

Connections decided that his next target should be the Dubai Duty Free Legacy Cup Stakes, a Group 3 event over 11 furlongs. Established in 1997, and formerly known as the Arc Trial, this is a race which Mark won with the late Maktoum al Maktoum’s Legal Approach back in 2002, with Keith Dalgleish in the saddle that day.

Elarqam’s opponents included Desert Encounter, winner of the race in 2017 and 2019, and Extra Elusive, who was seeking a Group 3 hat-trick after landing Haydock’s Rose of Lancaster Stakes and Windsor’s Winter Hill Stakes in August.

Jim Crowley sent Elarqam into the lead straight from the stalls. Gifts of Gold settled in second, with Extra Elusive travelling in third, and Desert Encounter bringing up the rear. The order remained unchanged until well into the home straight, when Gifts of Gold moved up on the outer to challenge Elarqam, and Hollie Doyle brought Extra Elusive with a run on his inner.

Travelling strongly in front, Elarqam saw off those challenges easily enough, and when Desert Encounter came with a late run, he was always doing enough to hold on to his lead. At the post, Elarqam had won by a cosy length and a half from Desert Encounter, with Extra Elusive one and a quarter lengths back in third.

‘It was lovely to see him battle there and he’s a much better horse on top of the ground,’ said the winning jockey Jim Crowley after the race.

‘He got his own way out in front and he enjoyed it and when the other horse headed him it helped him and gave him something to aim at. He’s been highly tried and has plenty of ability.’

While delighted to see Elarqam lift another Group race, Mark was in reflective mood after the race.

‘It has been a frustrating season. When you look at his run in the Juddmonte last year, you would have said he showed there he was well and truly a Group 1 horse,’ he said.

‘With a pedigree like his, you would expect to see him get a Group 1 for a good stud job. He just gets a bit idle in front and needs something to aim at. If they sprint at him too quickly, it doesn’t give him time to respond.’