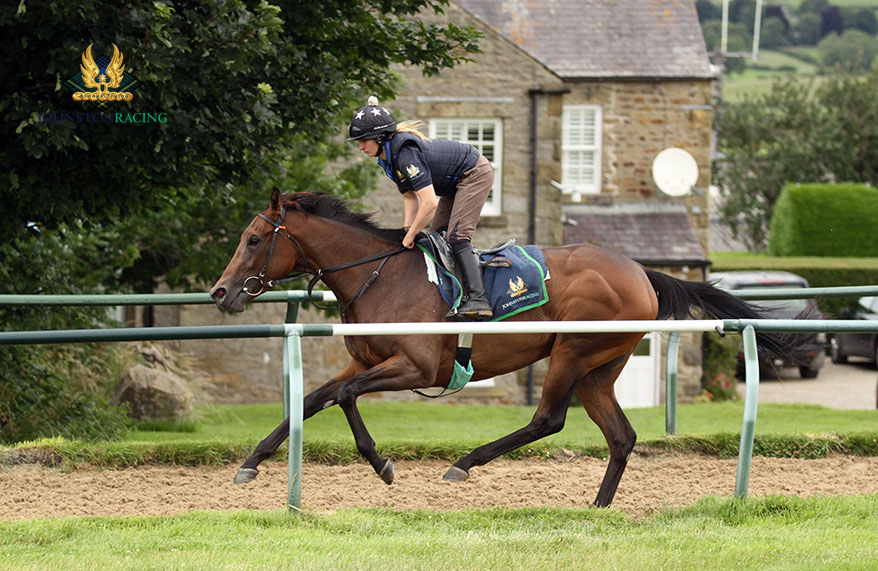 Sheikh Haman bin Mohammed’s Dubai Fountain raced her way into the Oaks picture with an impressive win in the Cheshire Oaks (for the Robert Sangster Memorial Cup) at Chester on May 5.

Established in 1950, the Cheshire Oaks has, over the years, become an established trial for the Oaks at Epsom. Indeed, Enable was the last horse to win both races when she struck in 2017. Run over a trip of one mile, three furlongs and 75 yards, the race was relegated to Listed status (from Group 3) in 1986 and, since 2005, the Robert Sangster Memorial Cup has been awarded to the winner of the race.

The 2021 renewal of the Cheshire Oaks attracted a field of seven runners, four from Britain and three from Ireland. The Irish contingent consisted of Aidan O’Brien’s La Joconde, a Frankel filly, Donnacha O’ Brien’s Nicest, an American Pharoah filly  out of an Irish Oaks winner who won a Leopardstown maiden last summer, and Fozzy Stack’s Group 3 placed Galileo filly, Ahandfulofsummers.

The home team was headed by the well-bred Dubawi filly, Darlectable You, and Zeyaadah, a hitherto unbeaten Tamayuz filly who won the Listed Montrose Fillies Stakes last October.

Despite starting as favourite, Dubai Fountain was largely overlooked by the Racing Post prior to the race, meriting just one paragraph of their half-page preview of the race.

In the race itself, Quenelle d’Or made the early running under James Doyle, with Franny Norton settling Dubai Fountain in second. Nicest and La Joconde followed, with Zeyaadah, Darlectable You and Ahandfulofsummers racing in rear. Shaken up with two furlongs to run, Dubai Fountain struck for home, pursued by Zeyaadah. The pair pulled clear of the remainder in the closing stages. Without being given a hard race, Dubai Fountain kept on well to score by a length, with the third horse, Nicest, almost five lengths in arrears.

Winning jockey Franny Norton didn’t have the easiest of rides. ‘I struggled to get her into a nice rhythm early on,’ the popular Liverpudlian confessed, ‘and then it was stop start. I had to shut down the gears and then pick them up again, but once she picked up and felt the other horse on the side of her it was game over. I just gave her a couple of flicks to keep her up to the job.’

‘It will be straight to Epsom,’ declared a delighted Mark Johnston after the race. ‘We’ve been saying throughout last year we felt Dubai Fountain was an Oaks filly rather than a Guineas filly. Franny felt it wasn’t her best performance, but it was good enough for me. She failed to win at Group level last year but ran some good races. She finished just behind the subsequent Guineas winner over a mile, screaming out for further, so it’s got to be the next step.’

Dubai Fountain is by Teofilo out of the Dubawi mare, Nafura. She is a half-sister to Leoncavallo, by Cape Cross, who won over two miles, so stamina for the Epsom test is virtually guaranteed.

In the aftermath of the race, she was quoted at 12/1 for the Epsom classic. With the Chester race behind her, she looks sure to give a good account of herself at Epsom on Friday, June 4.