Diamond shines at the Curragh 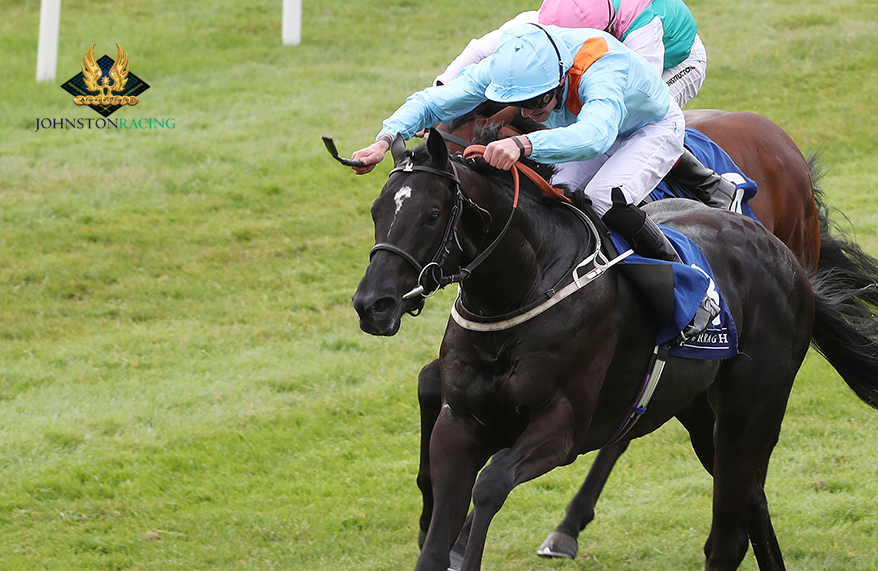 The team scored a treble on the day, a very pleasant achievement in itself, but made even more special by Marie’s Diamond‘s effort in the Anglesey stakes at the Curragh. Owned by  Middleham Park Racing LXXXVI, Marie’s Diamond (pictured above), a son of Footprintsinthesand, lined up in a field of six to dispute the six-and-a-half-furlong Group 3. Ridden by James Doyle, Marie’s Diamond gave a strong performance to defeat Viadera by half a length.
Winged Spur, running in the Kingsley Park Owners Club colours,  was the first winner of the afternoon. Partnered by P J McDonald, the daughter of Motivator made all at Ripon to win the 10-furlong handicap by half a length. Sheikh Hamdan bin Mohammed’s Indian Sounds, a bay colt by Exceed And Excel out of the Dubawi mare Sarinda, had been knocking on the door in his first two outings, finishing third both times. This time Indian Sounds was sent to Newbury where Joe Fanning kept him handy in the six-furlong novice. Indian Sounds responded readily to Joe’s demands in the final stages to win by one and a half length.