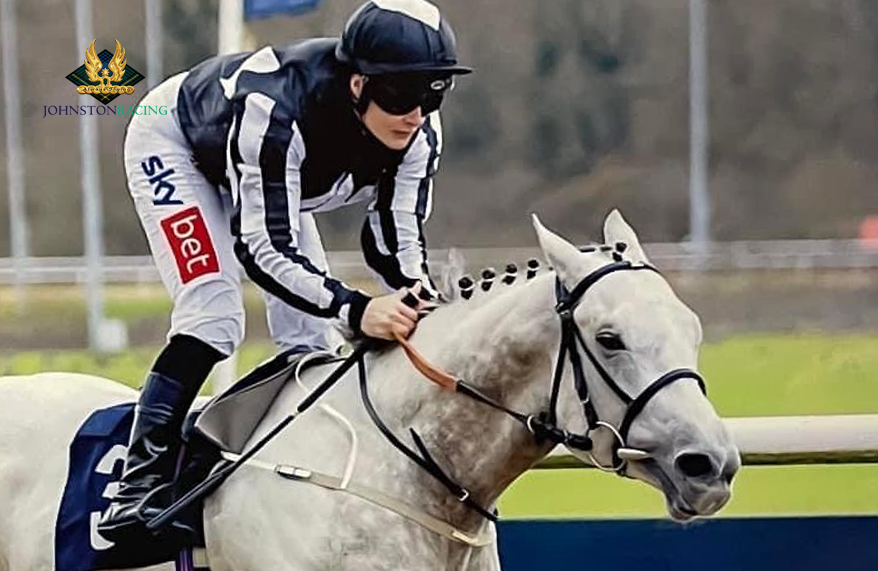 Making his handicap debut, Demilion roared home to a comfortable success in a Wolverhampton handicap on January 5, giving Johnston Racing its second winner from three runners in 2023.

The grey Roaring Lion colt, owned by Susan and John Waterworth, had three runs as a juvenile at the end of last year, finishing his campaign with a promising third at Lingfield on December 22. Allotted an opening handicap rating of 74, Demilion faced five rivals at Wolverhampton in a handicap over nine and a half furlongs, and was ridden by Joanna Mason.

Demilion broke well, but had to settle for a rails berth, travelling in third as Outrace and Hadley Park led into the first bend. The field was tightly grouped, and as Ramz made some progress approaching the final bend, Demilion looked in danger of being caught in a pocket.

Angled right by Joanna Mason approaching the bend, Demilion came a little wide into the bend as Hadley Park overtook Outrace. Once in the clear, Demilion powered home, hitting the front a furlong out and pulling clear of his field in the final half furlong.

At the post, Demilion had won by two and a quarter lengths from Outrace, with Ramz taking third, beaten a further neck.

This was a visually impressive win for Demilion, who is out of the Teofilo mare, Cascading. The dam won a maiden fillies’ event over the Derby course at Epsom, and Demilion is a half-brother to two winners, Gran Sabana and Fiordland.