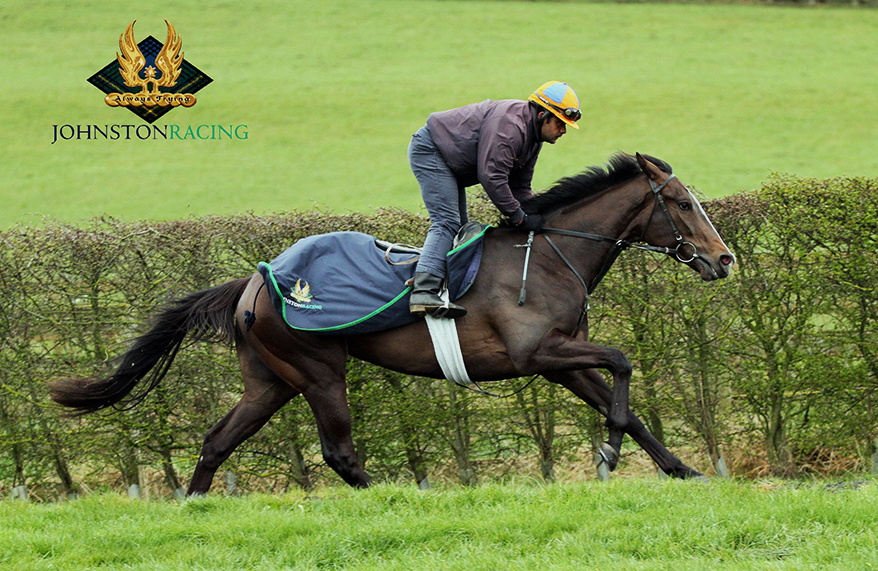 Caplin followed up his Wolverhampton win on March 16 with a further success over the course and distance 12 days later. Raised 6lb for his earlier win, Stuart Counsell’s Cape Cross gelding faced five rivals in the mile and a half handicap restricted to three-year-olds. Joe Fanning took the ride.
Joe sent Caplin straight to the head of affairs, followed by Hurricane Hero, Water’s Edge and Paradise Boy. The last-named made good progress on the outer approaching the home turn, but Caplin sealed the win with an impressive burst of speed three furlongs out and ran out the comfortable winner by three lengths, with Paradise Boy taking second, three-quarters of a length in front of Gantier.
Joe was delighted by the run.
“Caplin is a nice gelding,” he told the Klarion after the race.
“He stays well, and I think he could even get two miles. I went a bit quicker than the last day. He was a bit green then so I let him bowl along and he’s won it well.”
The form of his earlier win at Wolverhampton is already working out well as the third horse there, Albert Finney, defeated our own Lord Lamington at Lingfield on March 29.