Back with a bang! 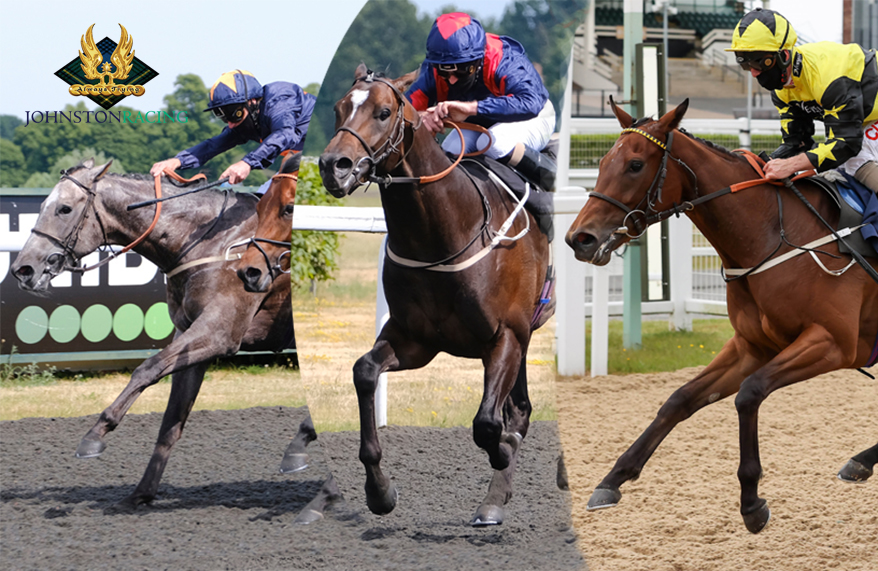 Johnston Racing marked the resumption of racing with a 92/1 treble on June 2, courtesy of Army of India, Meraas and Pelekai.

Sultan Ali’s speedy Army of India made all the running in a six furlong maiden at Kempton to claim the first two-year-old contest in Britain in 2020. The Sepoy colt showed plenty of pace for Joe Fanning and kept on well to hold the late challenge of the favourite, Science.

The Kempton double was completed when the promising three-year-old Meraas showed his 11 rivals a clean pair of heels in a six furlong maiden. Salem Bel Obaida’s Oasis Dream colt quickened clear of his field under Joe Fanning two furlongs out, and readily saw off the challenge of Cold Front, who finished three lengths back in second.

And there was more juvenile joy at Newcastle, where Pelekai made a winning debut in the maiden fillies’ race over five furlongs. Ridden into the lead by Franny Norton and clear two furlongs out, Newsells Park Stud’s speedy Kodiac filly drifted left in the closing stages, but was always doing enough to hold Mamba Wamba by half a length.

Picture: from left: Army Of India, Meraas and Pelekai