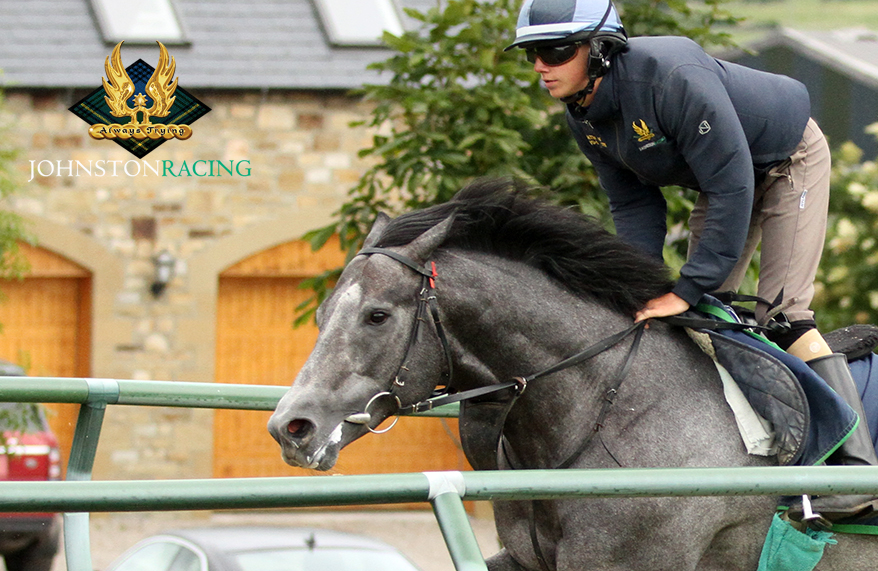 Building on the promise of his encouraging second at Thirsk last time out, Fairmac was an impressive winner of an Ayr novice event on September 18.

The two-year-old Lethal Force colt, owned by Middleham Park Racing VI, had stepped up to seven furlongs at Thirsk, where he chased home the frontrunning Ballycommon, finishing six and a half lengths clear of the third horse.

Sticking to the same trip at Ayr, Fairmac faced no fewer than 12 rivals, including Invincibly, who had finished second on debut behind Alba Rose at  Thirsk. Joe Fanning took the ride.

As Depp and Invincibly disputed the lead, Joe Fanning had Fairmac racing in third or fourth. Always well placed to challenge, Fairmac nonetheless edged left in the straight and found himself on the rail, chasing Invincibly who had struck for home two furlongs out.

Digging deep, Fairmac gained the upper hand in the final half furlong, finishing a length clear of Karl Burke’s colt, with Crystal Guard just over two lengths back in third.

Fairmac seemed to relish every yard of the trip and it will be fascinating to see what turns out to be his optimum trip. Although by the sprinter One Cool Cat, the dam Kenyan Cat won four times over trips between 10 and 11 furlongs so it will be interesting to see whose genes prevail.

That Fairmac success initiated a double for the yard at Ayr that afternoon. The double was completed when Mondain produced a terrific performance to land the staying handicap over an extended 17 furlongs.

Sheikh Hamdan bin Mohammed’s four-year-old Dubawi gelding landed a handicap over an extended two miles at Newcastle in June, and has twice finished second since, at Ascot and Newmarket.

A field of six contested the Ayr race, which was over the longest trip Mondain has tackled. Joe Fanning was happy to settle Mondain in third, as Beechwood Jude set the pace, followed by Fun Mac.

Making smooth headway from three furlongs out, Mondain was produced by Joe to lead on the inner with two furlongs to run. Travelling strongly, the four-year-old surged clear of his field to score, eased down in the closing stages, by five and a half lengths from Fun Mac, with Elysian Field a further two lengths adrift in third.

This was a fifth career win from Mondain, and it has seen his official rating rise to a career best 96. Out of a Monsun mare, stamina is now clearly his forte. All being well, a race like the Cesarewitch appeals as a likely future target.