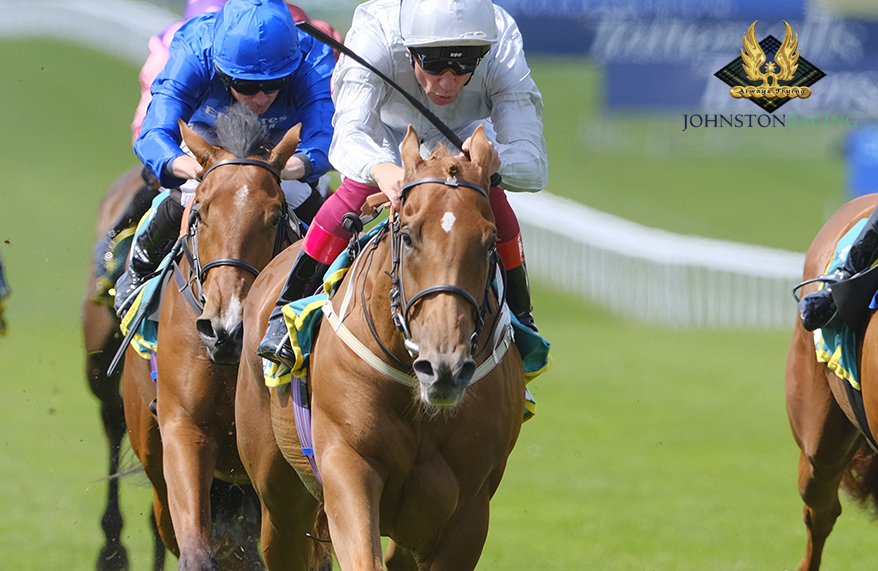 The team is flying at the Newmarket July meeting! Raffle Prize (pictured) obliged in the Duchess Of Cambridge Stakes under Frankie Dettori. The Royal Ascot-winning daughter of Slade Power set off second favourite in the six-furlong Group 2. She was in charge of affairs early on and never threatened. The winning combination crossed the line a length and three quarter ahead of favourite Daahyeh under David Egan.
The July Course-double materialised when Joe Fanning rode the impressively consistent King’s Advice to victory in the valuable bet365 Trophy, a 14-furlong Heritage handicap for four-year-olds and over. King’s Advice is a five-year-old horseby Frankel and is owned by Saeed Jaber. He joined Johnston Racing in November 2018 and has won seven of his eight outings since, all wins partnered by Joe Fanning.
Sheikh Hamdan bin Mohammed’s Eton College (pictured below) made all at Ascot in the six-furlong nursery handicap under Adam Kirby to win by half a length. Eton College is by Invincible Spirit and had also won on his previous outing.
Garrett Freyne’s Mrs Bouquet won for a second time in just three days! The juvenile daughter of Toronado landed the six-furlong class 3 nursery at York under Connor Beasley by a length and a half. Mrs Bouquet made all this time again, having done so over five furlongs on her last start.
Congratulations to all involved! 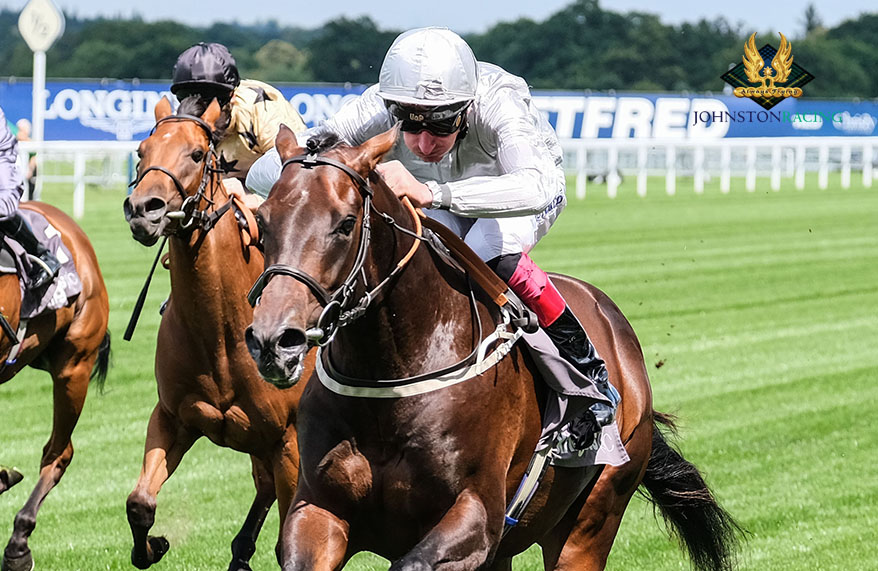