All eyes on Forest Falcon! 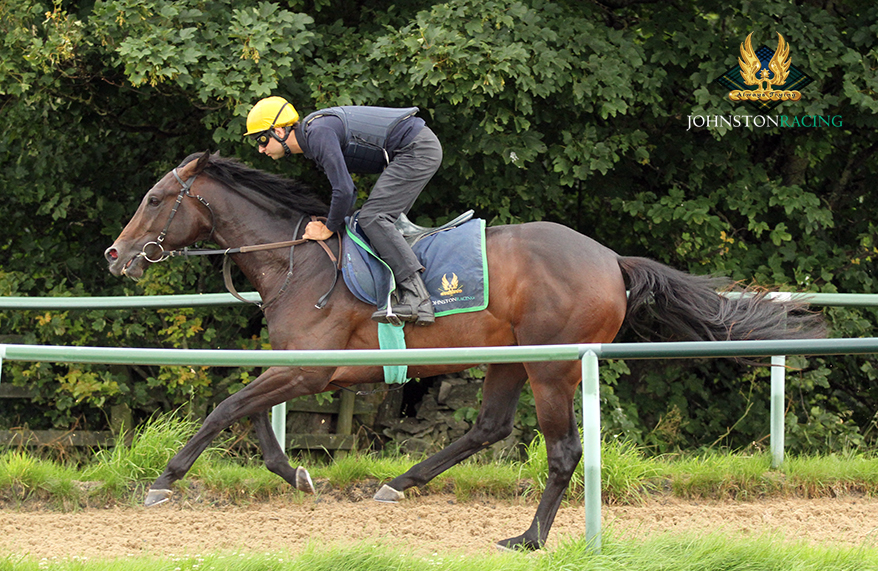 It was a case of third time lucky for Forest Falcon at Yarmouth on September 17, when the Raven’s Pass colt landed a novice event by no less than nine lengths!

Sheikh Hamdan bin Mohammed’s two-year-old colt made his debut over seven furlongs at Haydock early in July, showing distinct signs of greenness but finishing third of the seven runners. Next time out at Sandown, Forest Falcon showed good speed to lead the way in a decent seven furlong maiden, before weakening in the final furlong to finish in mid division.

Eight weeks later, Forest Falcon lined up at Yarmouth as part of a small field of four for the mile novice stakes. The Salisbury winner, Francesco Guardi, third in the Listed Denford Stakes at Newbury last time out, was a very hot favourite. William Buick took the ride on Forest Falcon.

Fate was to play a part in the outcome of the race, as Francesco Guardi stumbled badly over the path that crosses the racecourse and fell back to last. Forest Falcon had set out into the lead under a positive William Buick ride, and although Oisin Murphy nursed Francesco Guardi back into contention, the favourite had no answer to a burst from Forest Falcon which saw him draw clear of the field.

Forest Falcon is out of the Shamardal mare, Malmoosa, a winner over ten furlongs at Lingfield as a three-year-old and a half-sister to the Listed Prix des Tourelles third, Mutebah. Mutebah’s second foal, Albasheer, made the news recently when finishing second to Chindit in the Champagne Stakes at Doncaster.

‘He has always been a nice horse, physically,’ Charlie Johnston told the Klarion after the race. ‘We were a little bit disappointed with his first couple of runs. He has taken a massive step forward here and the extra furlong has helped.’