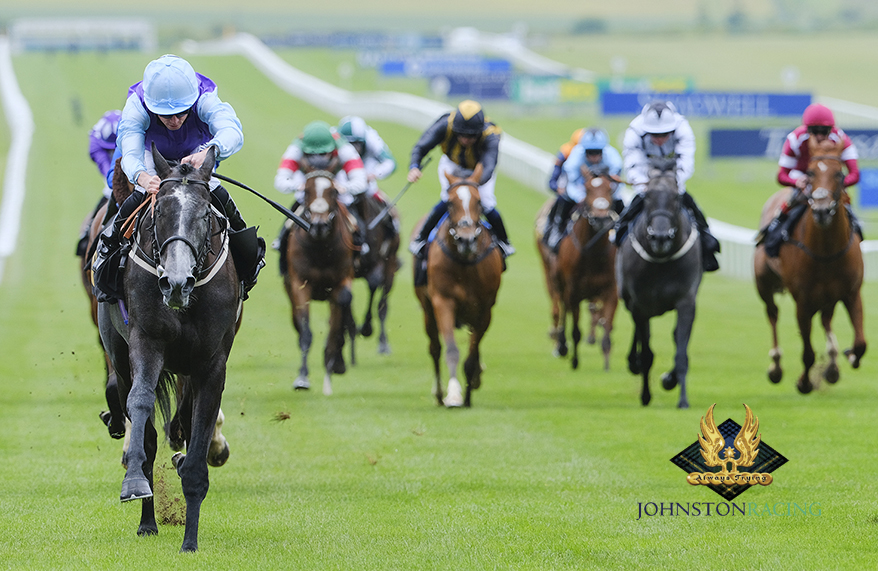 Saturday June 8 brought four winners for the team from three tracks. First to score was Love Dreams at Beverley. The five-year-old horse, owned by Crone Stud Farms Ltd, made all under Franny Norton to win the 7.5-furlong handicap by half a length. The next winner came from Haydock Park. Paul and Clare Rooney’s Jukebox Jury three-year-old gelding, Mind The Crack, made all to complete back-to-back wins within 10 days. Defying the heavy conditions, Mind The Crack won by three lengths under Jason Hart. The team scored a double at Newmarket. First in the winner’s enclure was Rob Ferguson’s Visinari. The two-year-old son of Dark Angel made all on debut to win the six-furlong novice by three and a half lengths under Ryan Moore. Ryan also partnered the second leg of the HQ double. Gravistas, owned by China Horse Club, justified favouritism by taking the 12-furlong handicap by two lengths. Gravistas had ran twice this year and finished second on both occasions, so we are pleased to see the three-year-old colt get this first win to his name.

Picture: Visinari wins on debut at Newmarket under Ryan Moore