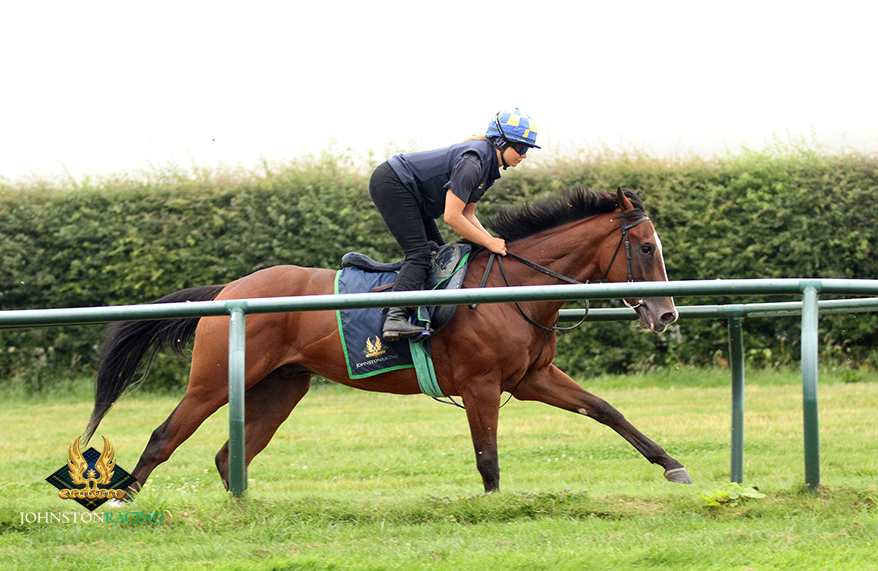 The stable chalked up an across-the-card double on September 22, courtesy of the juvenile colts Naamoos and Andonno, each of whom was stepping up from a decent debut performance.

Naamoos created a very favourable impression on debut at Wolverhampton on September 13. In a field of 12 sent out for a novice event over seven furlongs, H H Shaikh Nasser Al Khalifa and partner’s Wooton Bassett colt kept on well to finish second to an odds-on winner, finishing five lengths clear of the third horse.

At Beverley, he faced six rivals in a novice event over seven and a half furlongs. As Caribbean Queen and Fae The Port set a strong early pace, Joe Fanning was happy to sit in third, perhaps travelling three lengths off the speed. Taking closer order approaching the final quarter of a mile, Naamoos moved into the lead in the penultimate furlong.

Travelling strongly for Joe, Naamoos strode clear to score by a remarkable 17 lengths, with Fae The Port hanging on to second by a length and a half from Emaness.

Out of the Blame mare, Praise Dancing, Naamoos is a half-brother to Padovana, by Sea The Moon, who finished third at Longchamp in July in the Listed Prix de Thiberville.

Meanwhile at Lingfield, albeit in less striking style, Andonno also impressed in landing a mile maiden auction event on his second start.

Rob Ferguson and Gary Pemberton’s Dansili colt made his racecourse bow at Kempton on September 9. He ran really well, keeping on under Franny Norton to finish second of 14, just pipped by the favourite, King Tiger.

At Lingfield, in another maiden auction race over a mile, Franny Norton had Andonno racing prominently from the outset. In a three-way bid for the lead, Andonno raced three-wide, with London Art and Hiroshi favoured by their lower draws.

Nonetheless, turning for home it was Andonno who pressed on into the lead, and despite a determined challenge from Legendary Day, he kept on strongly to score by a neck, with East Coast Road a length and a quarter back in third.

Andonno was well bought by Mark at Book 1 of last year’s Tattersalls October Yearling Sales. Snapped up for 30,000gns, the colt is out of the Barathea mare, Lavender and Lace, herself a half-sister to Winters Moon. That filly finished third in the Fillies’ Mile, and is the dam of Earthlight, last year’s Prix Morny and Middle Park Stakes hero.