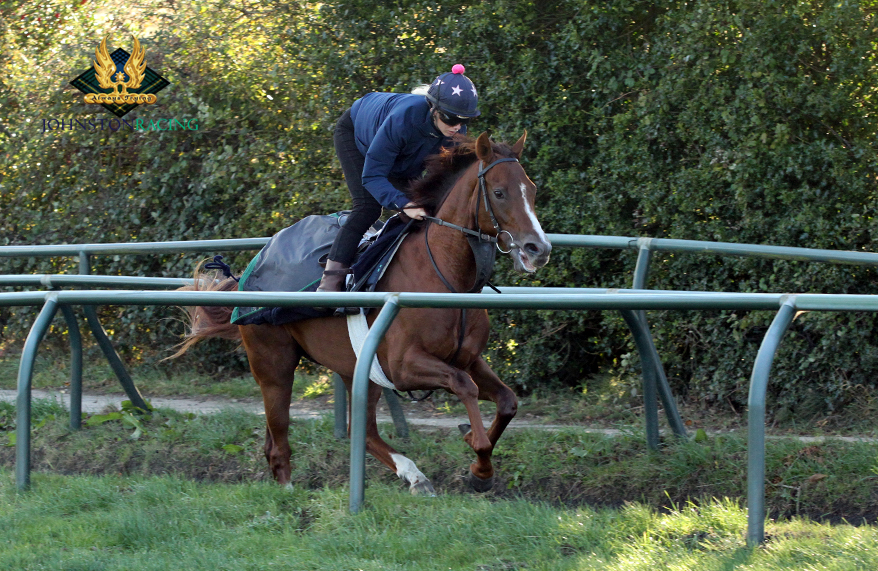 Stone Cougar was first into action at Ripon. Sheikh Hamdan bin Mohammed’s Kitten’s Joy filly had finished third over a mile and a half on her last two starts. At Ripon, she faced eight opponents over the same distance, with Gold Arch, a Wolverhampton winner in late April, and Kensington Art, dropping down in grade, sent off as joint-favourites.
Ridden by Connor Beasley, Stone Cougar made a forward move to challenge the early leader Fame N Fortune after two furlongs. These two dominated the race, and when Stone Cougar hit the front with two and a half furlongs to race, only Gold Arch was able to mount any form of a challenge.
Finishing strongly under Connor Beasley, Stone Cougar scored by two and a half lengths from Gold Arch, with the pair finishing 14 lengths clear of Amber Rock in third.
Stone Cougar is out of the Dubawi mare, Fitful Skies, who was trained by Henri-Alex Pantall to land the Grosser Preis von German Tote (Group 3) at Hanover and to finish second in the Grade 1 E P Taylor Stakes at Woodbine in 2013.
Gelded after two runs in April of this year, Mondain (pictured) opened his winning account in the last race of Lingfield’s evening card. Sheikh Hamdan bin Mohammed’s Dubawi gelding had finished third on both starts over a mile and a half this Spring, and returned in a three-year-old handicap over the same distance on Lingfield’s all-weather surface.
With Young Merlin and Fares Alpha leading the way, Franny Norton was content to settle Mondain behind the leaders, where he travelled smoothly. Turning for home, Franny sent his mount to challenge on the outside of the leaders, while Nicola Currie seized the chance to launch Natsovia with a run on the inside rail.
Responding well to Franny’s driving, Mondain ran on well to score by three-quarters of a length from Natsovia, with Young Merlin finishing a short-head back in third.
Mondain is out of the Monsun mare, Mondalay. Given the manner of this success and Monsun’s influence for stamina, it may be that Mondain can step up in trip in the near future.