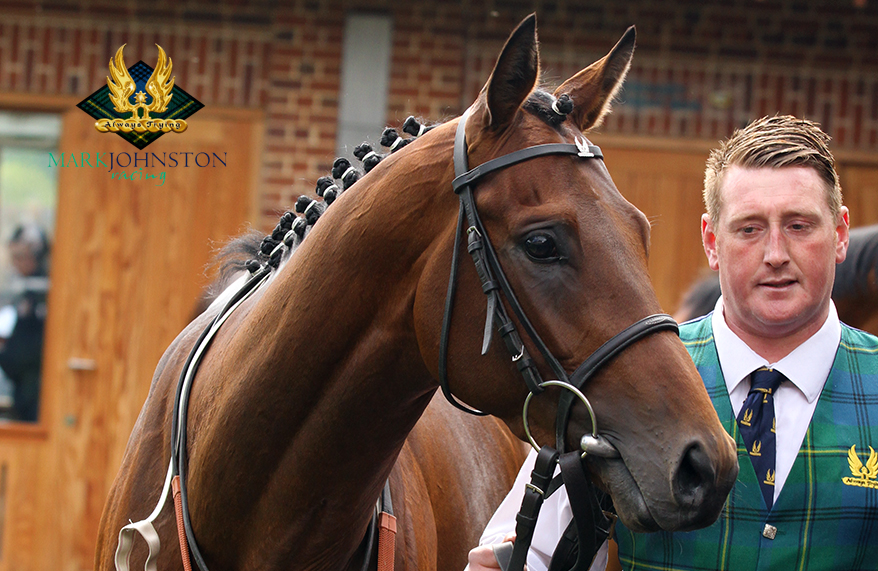 At Newmarket, Ryan Moore partnered Sheikh Hamdan bin Mohammed’s three-year-old colt Permian. The Teofilo colt (pictured above with MJR groom Gavin Hardisty) lined up in the Newmarket Stakes alongside another four runners. Permian settled in second place for the first eight furlongs of the 10 furlong event. Closing all the time on the leader, Permian was clear in the final furlong and won by an impressive 4 1/2L.