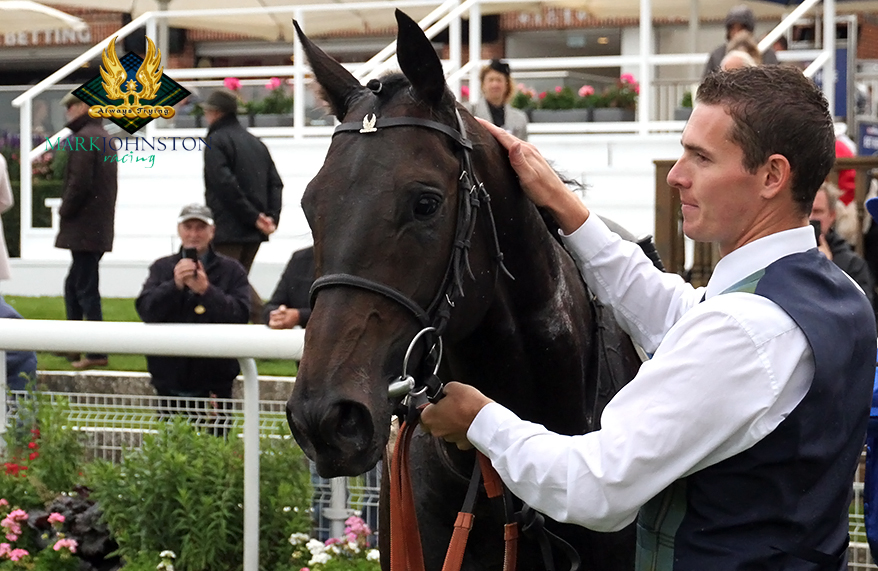 In the first 10 days of July, the team scored 17 times up and down the country!

The month started well with an across-the-card double courtesy of the Originals’s Mister Chiang at Pontefract under Franny Norton and Dream Kart at Windsor, owned by John O’Connor & Partner. On July 2, the yard scored a treble, which included an Hamilton double ridden by P J McDonald who partnered Kingsley Park 10’s Victory Command and Sheikh Hamdan bin Mohammed’s Mondain. Jim Crowley sealed the treble from Bath when Hamdan al Maktoum’s Huboor grabbed the six-furlong maiden by a length and a half.  Franny Norton was at Redcar on July 3 to partner Hugh Hart’s Reggae Runner to victory in the mile handicap. The following day Franny travelled to Yarmouth to win by two lengths aboard Sheikh Hamdan bin Mohammed’s Iffraaz in the six-furlong novice.
Two four-timers followed: on July 5 the team started on a high when Hamdan al Maktoum’s Elarqam (pictured) took the Sandown Listed by a head in a thrilling finish under Jim Crowley. The next winner was Dr Jim Walker’s Subjectivist at at Chelmsford under Jason Hart. A double at Haydock, under Franny, closed the day nicely for the team: Alan and Mike Spence’s West End Girl took the seven-furlong novice and Sheikh Hamdan bin Mohammed’s Warning Fire obliged in the seven-furlong handicap.
On the 6th, Connor Beasley partnered Kingsley Park 13’s King’s Caper to victory at Beverley. Franny Norton was responsible for the next three winners. First he rode Paul Dean’s Sir Ron Priestley to a half-length win in the valuable bet365 handicap at Haydock and then travelled to Carlisle to score aboard Mick Doyle’s I Am A Dreamer and Jaber Abdullah’s Yellow Tiger.
On July 9, the eye-catching Governor Of Punjab won the seven-furlong novice at Brighton under Franny by just a nose for owner Rob Ferguson. The following day, Garrett Freyne’s Mrs Bouquet made all at Catterick under Joe Fanning to give the jockey his first winner after a five-week break after a fall at Ripon.
Congratulations to all involved!