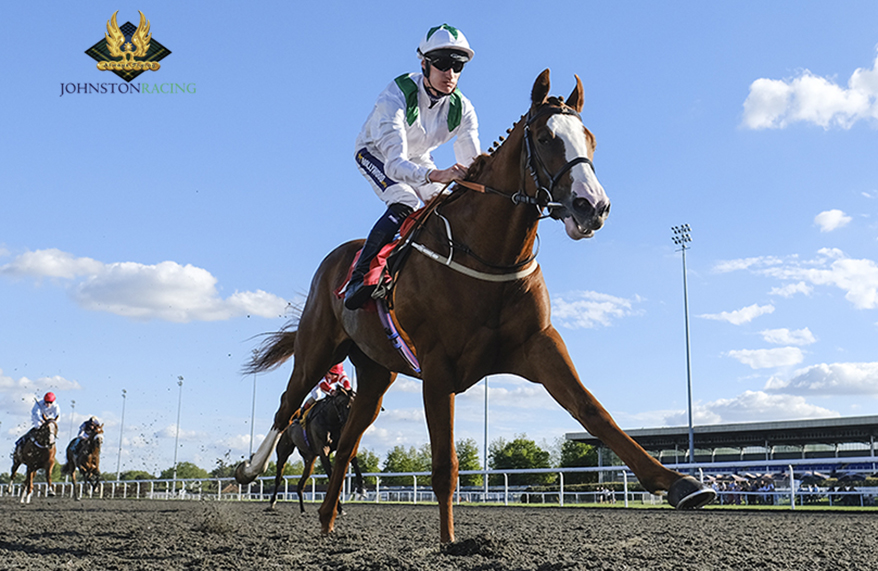 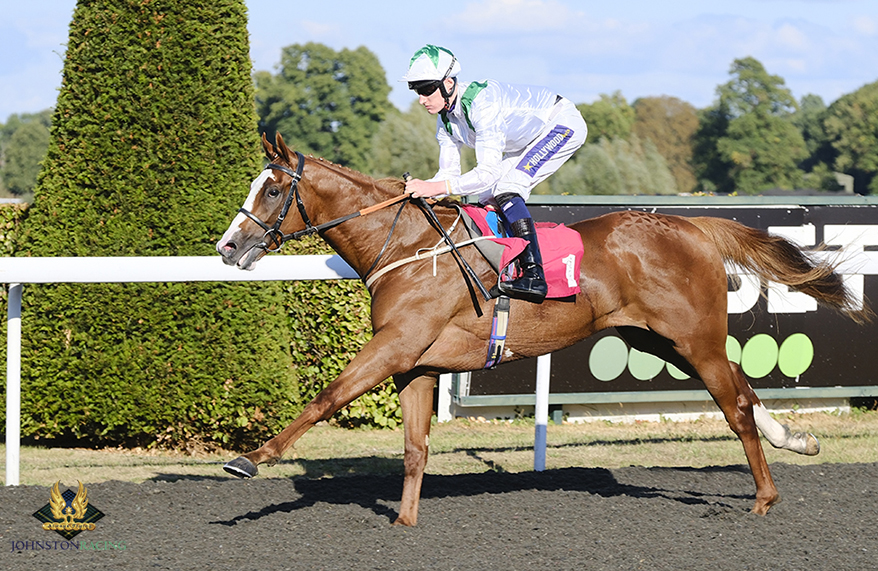 Just over four years ago, on August 23, 2018, Frankie Dettori rode Poet’s Society to victory in a valuable handicap at York’s Ebor meeting. It’s always special to get a win on the board at that meeting, but Poet’s Society’s success had a much broader significance for the whole of British racing, and for Mark Johnston in particular.

When he made all to land that mile handicap on the Knavesmire, Poet’s Society lifted Mark Johnston’s total of British career winners to 4,194, making him Britain’s winningmost trainer ever. It was a special and unique achievement, and one which you will recall we celebrated with a special edition of the Klarion.

At the end of last year, Mark decided that the time was ripe for him to enter into a training partnership with eldest son, Charlie. At the end of 2021, Mark’s total of British career winners stood at 4,874, with five of those successes recorded under National Hunt rules.

Understandably, the new partnership of Charlie and Mark Johnston started from scratch as far as winning statistics were concerned. Hungry for more success for the yard’s loyal owners, by August 20, the new partnership had accumulated 125 winners since January 1, a total which meant that, taking Mark’s winners on his sole account into consideration, his career total stood on 4,999!

When Ahmad Al Shaikh’s promising juvenile, Dubai Mile, went to post for the mile novice event at Kempton on August 24, hopes were high that racing history was about to be made. The Roaring Lion colt faced ten rivals, and was racing under a penalty for his recent win at Windsor. Sent to the head of affairs by jockey Daniel Muscutt from the outset, Dubai Mile controlled the race from the front. Pulling clear of his rivals with just over a furlong to race, Dubai Mile just had to be pushed out by Muscutt to score by a comfortable four lengths from Super Mo, landing Mark’s amazing 5,000th win in the process. It was, in truth, a historic victory achieved in style, and in the manner of so many Johnston winners across the years.

It’s interesting to look at some of the milestone winners across the years. Of course, that first victory came at Carlisle, on July 1, 1987, when Bobby Elliott steered Hinari Video to success for Brian Palmer’s Hinari Consumer Electronics Limited.

The winning rate accelerated, especially after Mister Baileys 2,000 Guineas win in 1994. From that year onward, a century of domestic wins has been achieved each calendar year, so, relatively quickly, the 1,000th winner of Mark’s career when Darryll Holland partnered Double Honour to a win for the 4th Middleham Partnership at Hamilton Park in September 2000. That first ‘thousand’ winners included some huge star names, like Double Trigger, Double Eclipse, Royal Rebel, Fruits of Love and Yavana’s Pace.

Thanks to the exploits of another tranche of wonderful horses, with Attraction and Shamardal ably supported by the likes of Bandari, Lucky Story and Mister Monet, Mark was able to assemble a second batch of 1,000 winners, the 2,000th winner being landed by Greg Fairley on Sheikh Hamdan bin Mohammed’s Leamington at Southwell in February 2008.

Just over five years later, the 3,000th winner milestone was overtaken when Franny Norton partnered Birdy Boy to a Wolverhampton success for owner Frank Bird in April 2013. That was the era of such horses as Jukebox Jury, Awzaan, Monterosso, Steeler and Eastern Aria.

The quickest thousand winners was assembled between 2013 and 2017, and PJ McDonald had the honour of riding winner number 4000 when Alan Spence’s Dominating won at Pontefract in October 2017. The Last Lion, Permian, Bow Creek, Hartnell and Buratino provided many of the highlights in that particular tranche of stars.

The path from October 2017 to completion of this final milestone of 5,000 winners has been especially difficult, and, therefore, in many ways, all the more satisfying. Subjectivist, Gear Up, Sir Ron Priestley, Dark Vision and Living Legend are among the horses who have shone during this period. These last 1,000 wins have been assembled in trying circumstances; the global pandemic affected racing badly, and even after the suspension of racing had been lifted, winning opportunities were restricted as temporary racing calendars replaced the normal fixture list. The crisis in prize-money for British racing has also seen numbers of horses in training fall, with even such huge operations as Darley and Shadwell having to cut back substantially.

Through it all, the winning ways of the Lanarkshire-born former vet with a burning desire to excel as a trainer of racehorses have stood firm. Even a man of such ambition and talent as Mark Johnston could not possibly have dreamt of training 5,000 winners. And yet, truly remarkably, he has. 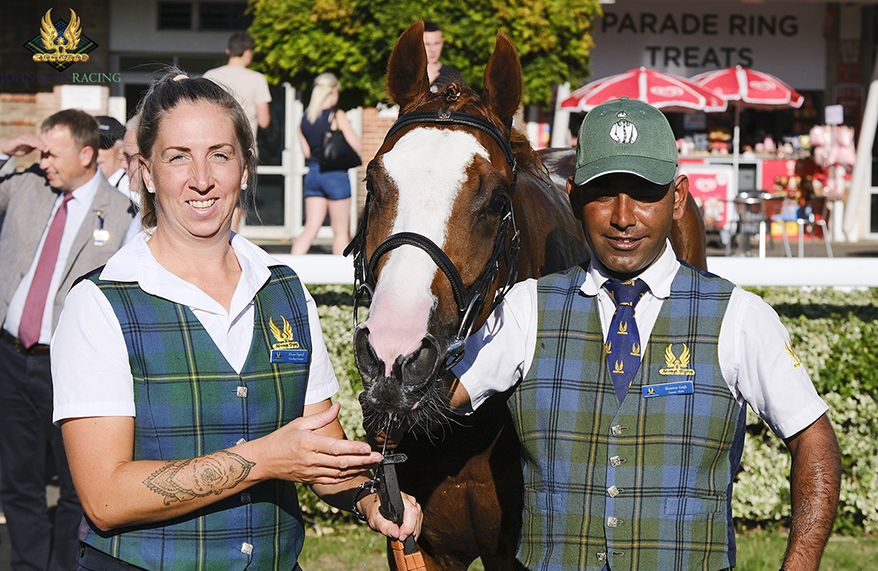