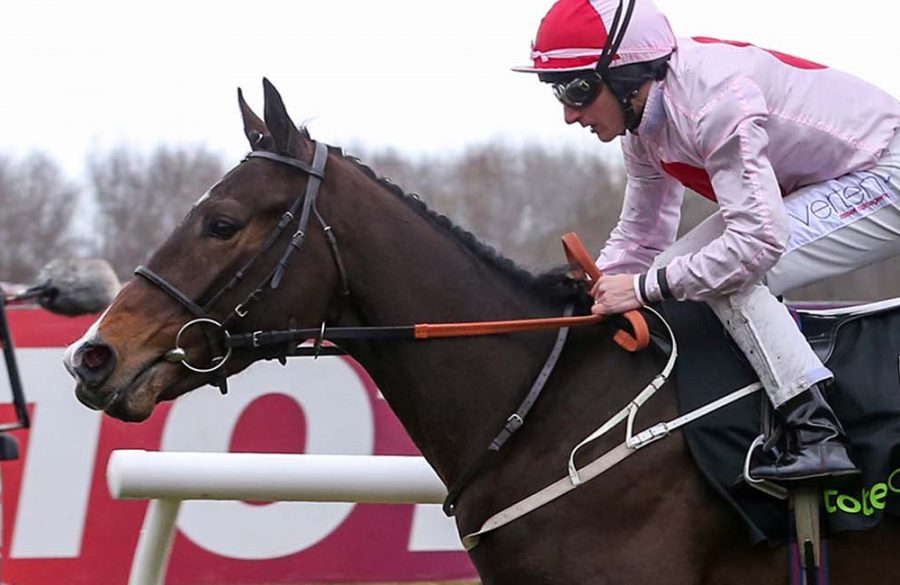 Kingsley Park recorded its first winner of the year on turf when, in unusually heavy conditions at Musselburgh on the last day of March, Book of Dreams produced an excellent performance to land the Royal Mile Handicap in good style.

It was the gelding’s second win in 19 days for his owners, The Passionate Partnership.

Eleven runners went to post for the mile race restricted to three-year-olds. The ground had been changed from Soft (Heavy in Places) to Heavy after the first race, and there was a warm favourite in Ayutthaya, a Lope de Vega colt who had chased home Elarqam at York last September before opening his account in a novice auction event at Chester on his only subsequent start.

Book of Dreams had finished fourth in that race, but faced the favourite on 6lb better terms here. PJ McDonald took the ride at Musselburgh on the Dream Ahead gelding, who was fresh from his win at Chelmsford on March 12.

Chookie Dunedin set off to make the running, with Book of Dreams racing prominently in the opening stages. Turning for home, it was evident that many of the runners were finding it hard work in the conditions, but Book of Dreams was still plugging away and took the lead with just over a furlong to run.

Despite jinking to his right, Book of Dreams soon pulled clear to score by six lengths from the lightweight Chingachgook, with Chookie Dunedin keeping on gamely for third, a length and a quarter in arrears.

PJ McDonald was delighted with Book of Dreams.

“I knew he was fit,” PJ told the Klarion after the race, “and he’s really progressed. I think gelding has really made a man out of him!”

“He’s done that very well,” Charlie told the Klarion, “and he seems a versatile horse too as he’s also won on the all-weather at Chelmsford this year. We’ll probably stick at a mile for now with him.  It’s a really nice prize to win at this early stage of the season.”

Being by Dream Ahead, it’s no particular surprise that Book of Dreams should be able to handle heavy ground. His sire won the Middle Park Stakes on soft ground as a juvenile, and Book of Dreams won on his racecourse debut in heavy conditions at Nottingham last August.

For good measure, his dam, the Definite Article mare Moonbi Ridge, claimed two of her three career wins on Yielding to Soft conditions in Ireland.

Book of Dreams had five juvenile starts, winning on his debut at Nottingham in August, and then backing that run up when second on his next two outings at Beverley and Carlisle. He was gelded over the winter and the Chelmsford race on March 12 was his seasonal debut.

Five runners went to post for that race, with PJ McDonald taking the ride.  The gelding seemed to hesitate as the stalls opened, but as Carouse on his inner seemed in no hurry, PJ was able to bring Book of Dreams through to lead on the rail, closely attended by Sir Hamilton.

That may have proved a decisive move, as there was little to choose between  the pair throughout. Having turned for home slightly in arrears, Sir Hamilton threw down a determined challenge to Book of Dreams in the straight, but Book of Dreams showed admirable resolution for PJ and kept on well to score by a short head from Luke Morris’ mount, with Shuhood a length and three-quarters back in third.