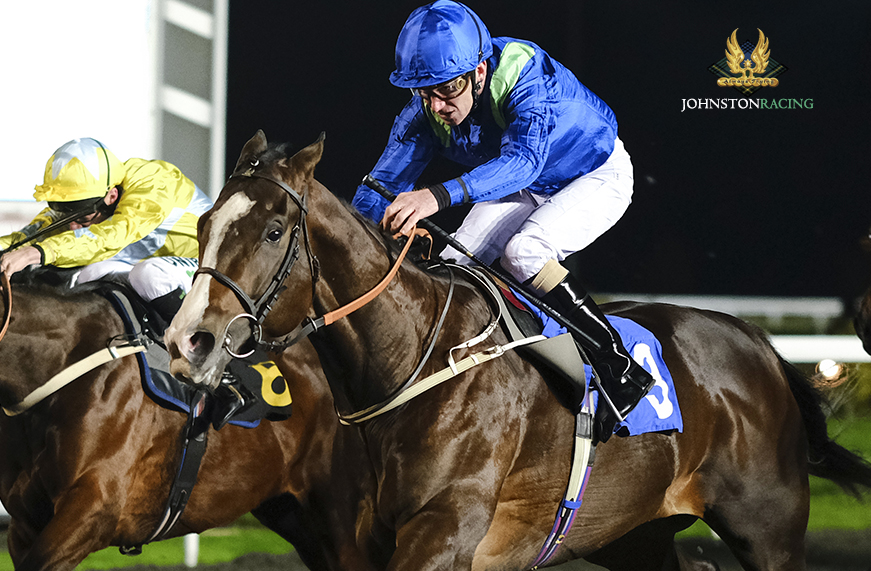 When Kingsley Park 11’s Bavardages recorded a pillar to post success in a nursery at Kempton on October 28, the Dream Ahead colt’s win gave the yard another record. This was Johnston Racing’s 236th British winner of 2019, thereby setting a new record for the most winners on the Flat in Britain in a calendar year.

The previous record was 235, a total first set by Richard Hannon, Senior in 2013. Two years later, that record total was matched by Richard Fahey. Mark Johnston had become the first trainer to top 200 winners in a calendar year in 2009, when he sent out 216 British winners.

Having repeated that feat on seven occasions up to last year, the yard’s previous best tally was set in 2018 at 226 wins. That milestone was matched this year when Mister Chiang won at Southwell on September 26, and the Hannon/Fahey record was equalled when Bo Samraan battled to victory at Pontefract on October 21.

The desperate weather conditions endured during much of October slowed the march to the new record down somewhat, with a host of fixtures abandoned and ground conditions on turf tracks generally being on the heavy side. However, it is a measure of the magnitude of the achievement that the record has been surpassed within 10 months!

The new record follows hard on the heels of Mark becoming the winningmost trainer in British racing history last August, when another Kingsley Park partnership horse, Poet’s Society, gave him his 4,194th career success, and the record set in July of this year when the yard sent out 50 winners in a calendar month.

Whilst Mark is delighted to have set the new record, he is at pains to point out that running plans are not dictated by actively seeking to set records. “Our ethos is to maximise what we get out of every single one of the horses in our care for the benefit of our customers, the owners,” he told the Klarion. “It’s not about records and we won’t run more horses than we would have planned to anyway.”

It will be fascinating to see where the winners’ tally for the year ends up. Across the last six seasons, our average number of winners in November and December respectively is 5 and 4.5.

One particularly pleasing aspect of the manner in which the record was set is that Joe Fanning was in the saddle when Bavardages scored. Joe’s contribution to the success of the yard over the years has been immense, and, like so many of his winners for the stable, this was achieved courtesy of his trademark pace-setting tactics.

A fantastic achievement then, and one of which the whole Kingsley Park team can be rightly proud.