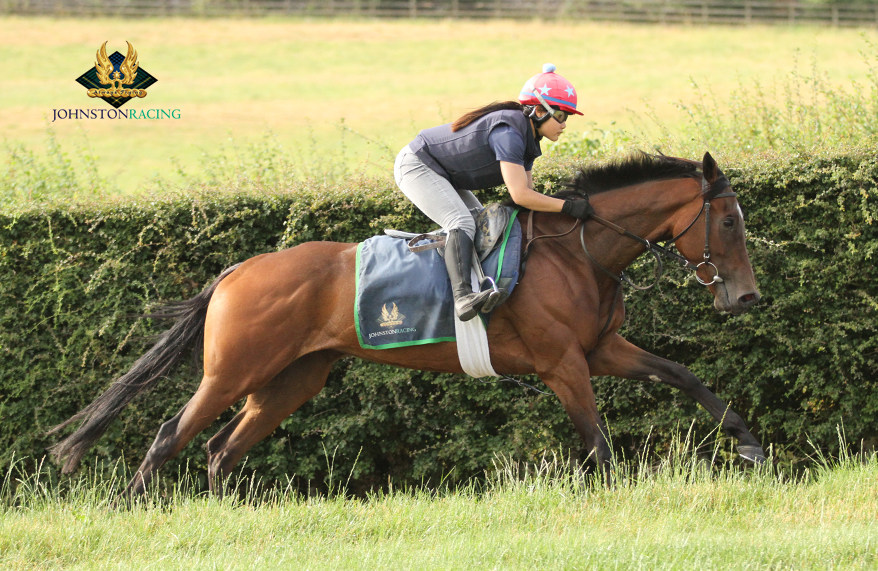 Rainbow Colours  (pictured above under Kody Fan Chit Yin) landed her second prize of the month when scoring in a fillies’ handicap at Chepstow on July 14.

Sheikh Hamdan bin Mohammed’s Dark Angel filly, a half-sister to Amadeus Wolf, faced three rivals at Chepstow, and gave weight to each of them. Franny Norton was in the saddle.

John Fahy made a bold move at the start, switching his mount Trans Montana to race on the stands’ rail. The Mondialiste filly made the running, with Rainbow Colours leading the other two runners as they raced in Indian file towards the centre of the track. Gradually, Franny Norton began to reel the leader in, and with a furlong to race, victory seemed assured for Rainbow Colours.

To her credit, Trans Montana proved very game and reluctant to accept defeat. Finding more for Franny’s pressure, Rainbow Colours kept on well despite edging to the right in the closing stages. At the post, she defeated Trans Montana by a head, the pair having pulled almost five lengths clear of Loquace in third.

This was a third career success for Rainbow Colours, who seems particularly well suited by an undulating track.