I posted a link to the Blethering below on our Facebook page and, to my surprise, it has attracted nearly 13,000 views and many “likes” and “shares”. In addition I have received countless e mails on the subject.

One this morning came from a Nick Bennett of ‘Nick Bennett Racing’. Not racehorses but speedway and Nick points out that they have had a similar system in speedway for years with a cord attached to the rider’s wrist to cut the engine if he falls off, preventing a bike with open throttle careering into the crowd. It is obvious really and should be with a blindfold on a horse too.

I was sorry to hear that Just Marion, the horse that unshipped its apprentice rider coming out of the stalls at Brighton yesterday and raced blindfolded before crashing through rails, has had to be put down.

The trainer, Clare Ellam, was apparently deeply upset and described the injuries as the worst she had seen in 25 years working with horses. She did not see exactly what happened, she has requested footage from the BHA to get clarification, and she wishes to discuss ways to prevent anything similar from happening again.
I can tell her, and the BHA, that there is a way to prevent it from happening but, when I previously suggested it to the PJA and the BHA, there was no interest in my idea.

I have seen, at least, two previous incidents of horses running loose blindfolded. One was at a Point to Point and the horse got into the car park and collided with several cars; the other, if I remember rightly, was at Doncaster and I think the horse was trained by Mary Reveley.

I don’t want to see it happen again so I came up with the simple idea of a cord from the blind fold to a Velcro strap which fits around the rider’s wrist before the blindfold is put on the horse. If the rider comes off the horse, the blindfold comes too. Once in the starting stalls, the rider transfers the strap to the superstructure of the stalls. Now, if the rider fails to pull the blindfold off when the stalls open, the horse will leave it behind attached to the stalls.

We introduced it at Kingsley Park and now always have it in place when a blindfold is used during stalls practice. Apart from preventing a horrendous accident like the one that occurred yesterday, it means that the rider can concentrate on staying on if the horse rears or becomes fractious with the blindfold on, rather than snatching for the blindfold. You see that situation regularly on our racecourses.

This also, perhaps, should focus attention on the common practice of pulling the blindfold off just as the gates open. I hate to see it as the horse almost invariably misses the break (you have added the jockey’s reaction time to that of the horse) and I think, if it is necessary to leave the blindfold on so long, we really need to do more work with that horse at home. It also begs the question of whether a horse that needs a blindfold on until the gates open should be ridden by an apprentice. 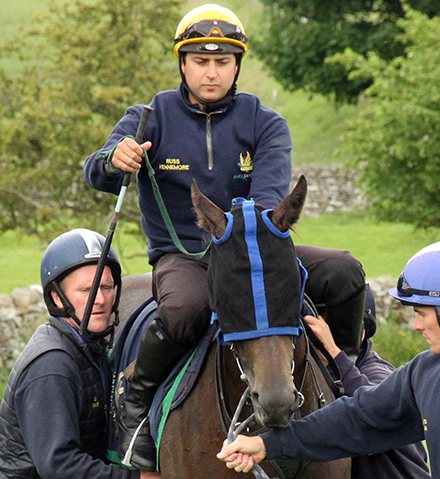 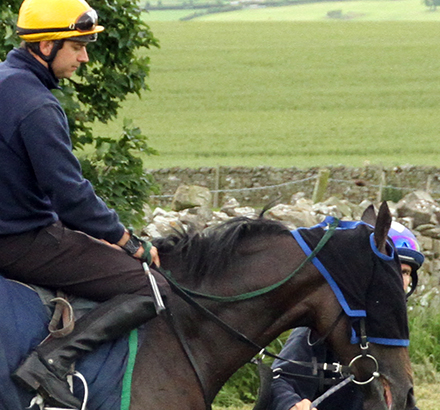 I was shocked and saddened to hear today that Dandy Nicholls has died.

I can’t actually remember if Dandy ever rode for me but it was certainly only after he retired from the saddle and started training that I got to know him. Unfortunately, I never visited his yard to actually see how he did it and he told me that his methods weren’t quite as unorthodox as everyone believed but they were certainly effective. I imagine that many of the ideas came from David Chapman and it is great to see that that legacy is being carried on by Ruth Carr.

I have always said that, if you send me a horse which is bred to go a mile, I’ll stretch it out to get a mile and a quarter. But, if you sent the same horse to Dandy Nicholls, he would take it back to six furlongs. He did it very successfully several times, most notably with Regal Parade.

We trainers never like it if someone gets a horse from us and improves it, and I like to think that it doesn’t happen too often to me, but it didn’t hurt quite so much when it was Dandy. He would ask me to recommend horses that he should buy out of my yard and he clearly trusted me to be honest with him. I respected that and wished him well with them, even when he took Regal Parade from decent handicapper to Group 1 winner.

The racing world is certainly less colourful without him.